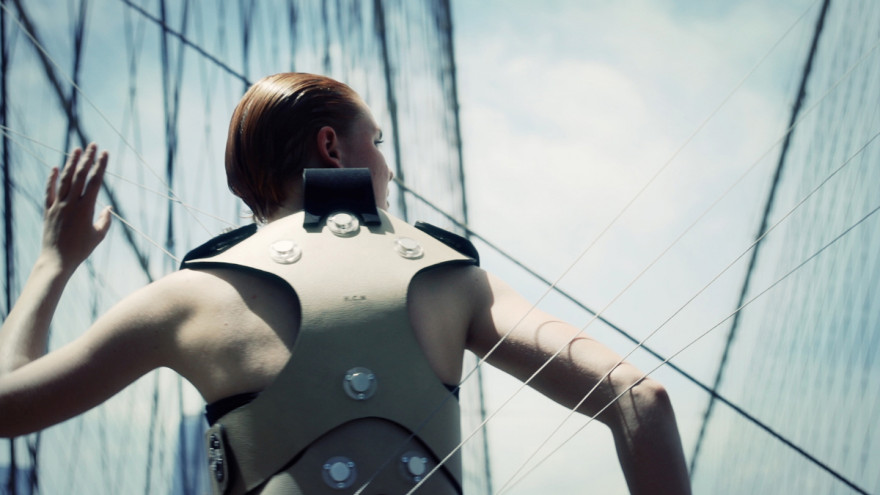 Di Mainstone is an artist whose work bridges the gap between sculpture and the human body. She entwines the two, creating wearable, touchable, playable apparatuses that range from pulsing Cronenberg-style bioforms to a neck-mounted motion-based instrument that transforms its wearer into a one-woman Cremaster Cycle.

Her current project is the Human Harp, a “clip-on instrument” that places the wearer at the center of a string web, acting like the hammers of an exploded piano. Playing the thing is like a performance art version of Isabelle Adjani’s legendary freakout in Possession, all writhing and bending and lunging—it’s beautiful in its intense physicality. See for yourself:

The project just completed a twenty-day residency at London’s Roundhouse, where it transformed the former railhouse into a series of 12 custom-fitted instruments that make use of the unique qualities of the space.

Recently, games like Fract OSC have welded music and play together in new ways. But we have yet to see anything on the order of Human Harp: a game that envisions performance on the maximalist level of Bayonetta, controlling massive mechanisms in service of sound. This is the kind of experience that would be well-served by VR, especially if you don’t have a spare Brooklyn Bridge lying about the house.