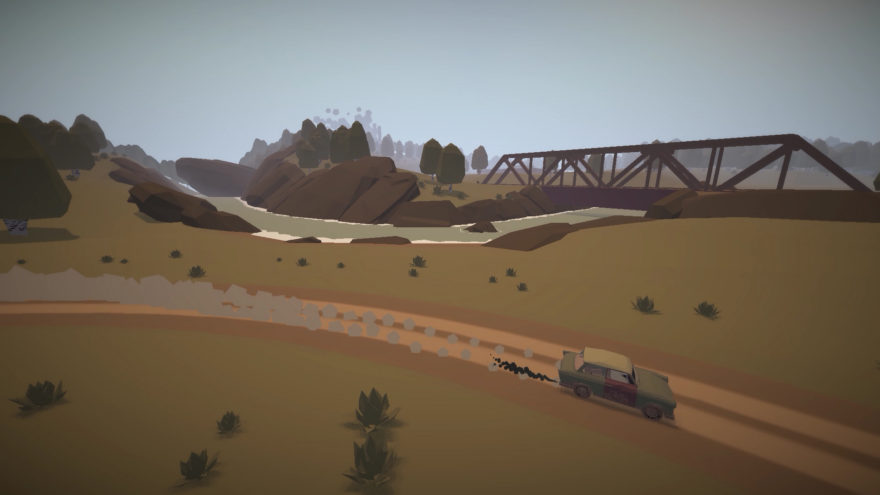 The borders are open; those traveling Jalopy’s Eastern Bloc during its Steam Early Access phase can now roll their Laika 601 into early ’90s Hungary. That brings Jalopy’s country count up to three—Germany, Czech and Slovak Federal Republic (now Czechoslovakia), and Hungary.

With Hungary, developer Greg Pryjmachuk added subtle environmental cues to each territory in efforts to differentiate the three areas. He included things like country-branded goods—coffee in one region will look different from another, and cigarettes and sausages are now separately branded for each country. Likewise, gas stations will also “change visually” depending on the player’s location.

Hungary wasn’t added to Jalopy just as a change of scenery—or simply because it’s on the route to Jalopy’s eventual destination. It’s actually an important part of Jalopy’s underlying theme. During the ongoing collapse of the Eastern Bloc, Hungary rose “from the ruins left by an oppressive and corrupted political system,” Pryjmachuk told us. In the early ’90s, the country held its first parliamentary elections since communists took power in 1945; “the elections saw the Hungarian Democratic Forum destroy all other opposition, democratically.”

It was Hungary, in that way, that “lead the way towards a more stable, democratic and prosperous market economy” for the Eastern Bloc territories. Hungary’s political story is an “important core theme” for Jalopy. Pryjmachuk hasn’t delved too deep into Jalopy’s narrative, but he intends to: “Moving from state control into a brave market economy, giving the freedoms of industry and trade back to private organizations, and allowing people to define their own path in life is the narrative I’m looking to eventually explore,” he said.

But first, Pryjmachuk wants to fill the game with stuff—stuff that he calls to the community for help with. The developer, who works alone, keeps a detailed developer diary where he answers questions and takes suggestions from the community. It’s something that’s really important for him, “especially now the game is being sold and is an early access product.” Jalopy players have paid money to play an in-development game; for Pryjmachuk, those players deserve to be heard.

And those players wanted to customize their rides. So while the Laika 601 may still run like a jalopy, it won’t have to look like one. Jalopy’s Hungary update adds spray paint cans to the game, for the purpose of customizing the color of a player’s car. They’re purchasable from Laika dealerships—though they’re only allowed to stock a certain number of them at a time. Players will have to visit often to find the colors they want, or mix colors to make their own variant. Metallic spray paint and decals are also available, if players are interested in a Laika 601 straight out of Pimp My Ride (2004).

Players have also been begging for an odometer to track the progress made on their trips, so Pryjmachuk added that, too. “I try to take myself out of it as much as possible and listen to what people actually want,” he said. “There’s a risk of being too close to something, and letting your ego blind your judgement.” Pryjmachuk didn’t want the development process to be as it was during his time at bigger videogame studios, where the position of a designer felt more like a dictatorship role: “Do this, because I said so.”

Sometimes, though, community input in videogame design can pose a “camel” problem. (“A camel is a horse designed by committee,” Pryjmachuk added.) As demonstrated on the Jalopy developer blog, players are clamoring for backseat access in their cars—something Pryjmachuk has been hesitant to add to the game.

Still, he’s open to hearing all player suggestions, though don’t expect him to let players into the backseat anytime soon. “When the people paying you to make the horse want a hump, you’d probably be best advised to at least hear their reasoning.”

Jalopy is an Early Access game available on Steam for $12.99.