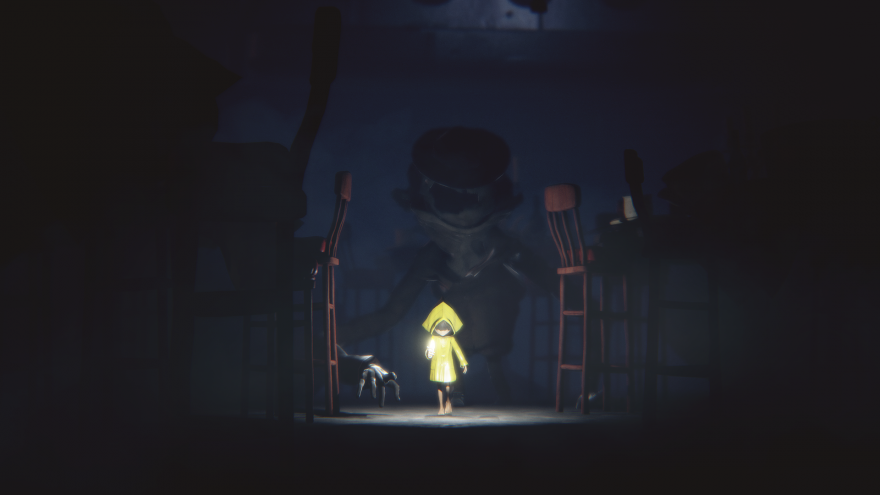 As a culture, we love watching the innocence of childhood being corrupted by dark fantasy worlds. Alice in Wonderland is the go-to example. But, more recently, the trope has sparked some of arguably our best and most popular media. Whether it’s Coraline or BioShock‘s iconic Little Sisters, cutesy little girls stuck in fucked up worlds fascinates us. And, after watching Hunger‘s latest trailer, it isn’t hard to see why.

Tarsier Studios, who brought us LittleBigPlanet Vita, has finally unveiled a teaser for their forthcoming suspense-adventure title. After nine-year-old girl Six is captured and forced to work in a sordid underwater resort for the powerful and elite, an “unexpected turn of events” gives her the chance to escape. Mixing stealth and exploration, Six must endure a surrealist journey through the darkest reaches of our collective unconscious, catching “a glimpse at the corrupt heart of modern happiness.”

hinting at a monstrous-innocence theme?

In the best way possible, the teaser will make you feel both icky and gooey, and like you should probably take a shower. A layer of grimness covers every surface of The Maw and its monstrous workers, but Six’s vibrant yellow rain jacket brightens up each shot. Though, with her face shrouded by the hood, it’s hard to tell whether Six herself is human or not—perhaps hinting at a monstrous-innocence theme?

The dollhouse perspective adds another unnerving layer; Six’s tiny stature inviting a sense of fear and protectiveness in the player. The trailer emphasizes labor in an interesting way, too: aside from the sweaty kitchen areas, every action Six executes seems arduous. I mean, imagine trying to move a chair three times your size. Perhaps the “corruption of modern happiness” the studio mentions has something to do with the cost of human labor, particularly in regards to those who serve the powerful and elite of a society.

The Trasier team also teases that “Hunger will take your hand and let it go at the worst possible moment!” So, I’d watch out for those creepy dead arms, if I were you. I can’t imagine a worse moment than the one when creepy dead arms are scrambling to embrace you. Ugh.