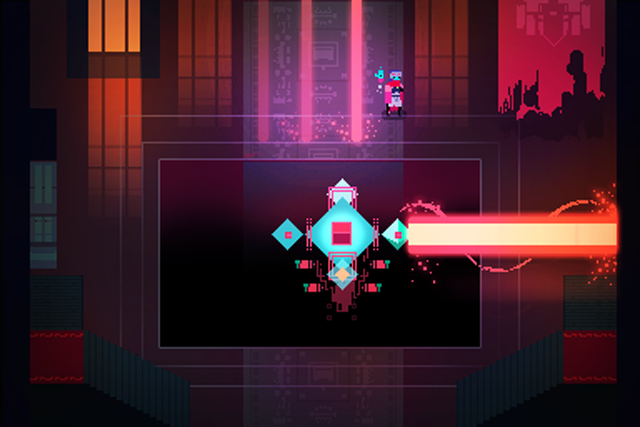 The story of Hyper Light Drifter is of runaway success, which is impressive for a game that hasn’t reached closed beta yet. (That’s happening in June, according to an update over the weekend.) The game exceeded its funding goal on Kickstarter by something like $600,000 and then some change, back in October.

In case you haven’t been following, the game is an action-y RPG, meaning that you run around and hit enemies with a sword and watch numbers bleed out of them. But the game came to prominence based on the strength of its art direction. Terms like “pretty” and “beautiful” and “16-bit” which we normally throw at games don’t do it justice. It colorful and ineffable, but we’d say it sort of reminds us of Superbrothers if you forced us too, yet with lurid lighting effects that easily outshine that game.

The game is so gorgeous in fact that they the small two man team Heart Machine needs some more time to make it dazzling all the way through. “I would have been creating art for the next six months, with much rougher edges and animation. Since we have been given this remarkable opportunity, the project has evolved, requires polish and finesse that I was not originally afforded,” says Alex Preston, one of the two guys who started this project for relative peanuts and found himself sitting on over a half-million dollars. This is unfortunate for backers, but exactly what you’d expect from a game that earned twenty-five times it’s budget to do.