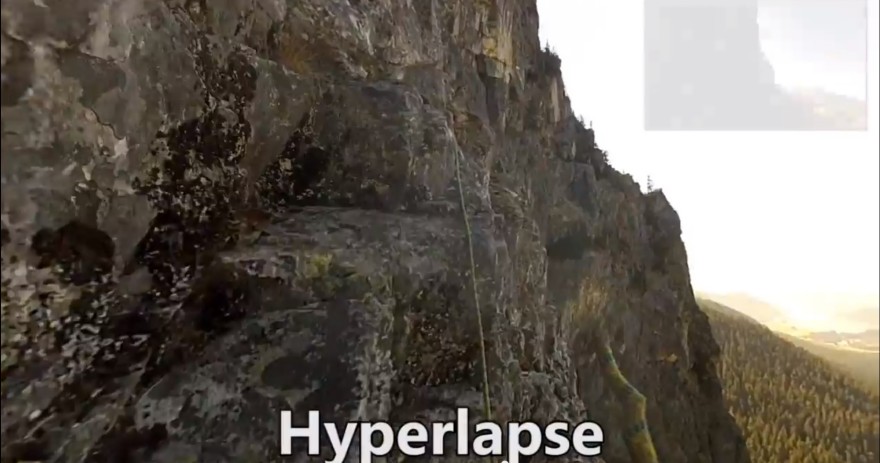 If there’s one enduring legacy of games on the cinema (usually it’s the other way around), it’s the first-person perspective. While single-take long shots like those in Alfonso Cuarón‘s Children of Men are considered hallmarks of cinematography, games, frankly, have been doing them with ease for quite some time. Super Mario 64, for example, made light of this by deciding that the game would have an actual cameraman controlling the player’s camera.

But while no one’s been able to create a playable 3D world filmed in real life, researchers Johannes Kopf, Michael Cohen, and Richard Szeliski of Microsoft Research have made a big stride and making the first-person GoPro videos of the world a bit more watchable. Announced via a paper at computer graphics conference SIGGRAPH this weekend, “hyperlapse video” turns shaky footage of things like rock climbing or mountain biking into a single seamless clip.

The folks at Hello Games, makers of the forthcoming No Man’s Sky, have already taken notice. “It should totally work for No Man’s Sky,” they tweeted earlier today. Turning your runthrough of a first-person game into a single video clip is certainly on the horizon.