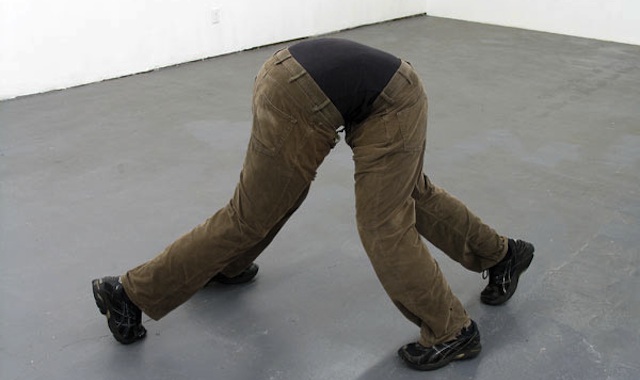 I like dying—a lot. I even wrote an essay about it. Fortunately, there are people like NYU assistant arts professor Jesper Juul who can explain exactly why I enjoy it so much. His new book The Art of Failure: On the Pain of Playing Videogames, out later this year on MIT Press, explains what makes failure such an important subject. We chatted with Juul about death, dying, flailing, falling, and everything in between.

So let’s talk about failure, which is your favorite subject. When did you get interested in failure?

Through various periods of my life, I’ve had a very negative relationship to games. It would really depress me to lose a game. Then I think it became interesting in the context of casual games, when I first became interested in them in 2006. At least early on, it came from this perception that casual games are easier, or that regular folks don’t like to fail in games. I started looking into that, and it became obvious very quickly that this wasn’t actually the case—that a lot of casual downloadable games, games like Zuma or even parts of Bejeweled, are super-hard at times.

I think that in gamer culture, there was this perception that only real gamers were into failure. So it just became more complicated than that. The general population understands that failure is part of games. And conversely you have these kind of shameless [role-playing games] where it’s impossible to fail them if you just put in enough hours with your character to ultimately be upgraded.

Was there a particular game you remember failing at a lot?

[Chuckles] Yeah, there was StarCraft back in the day. The reason why it was tough for me not to be good at StarCraft was I felt like […] I should be good at games that revolve around thinking.

Of course, right. That would make sense. You are a professor after all.

It seems that it wouldn’t fit my self-image. It’s not as bad to me to fail at a shooter because it doesn’t mix with my identity. But it’s worse for me to fail at a very strategic game. But the thing with StarCraft is, I kept coming back to it, but I wasn’t getting any better at it, I thought. And that was very disappointing and painful. Part of me was just like, “I don’t have a knack for this game, that’s just it.”

But the experience itself was so painful that years later, whenever I lost a match on the ’net with someone, I was so upset I couldn’t bear thinking about it. And I actually wasn’t learning the sort of stuff I was supposed to be learning from the game. I was just sort of stuck in this negative loop where I wasn’t necessarily improving. And that’s an important aspect of failure. In a way, it was so important for me not to fail that I put myself in a position where I kept failing.

How do you define failure?

At the most basic, failure is when you, as a player, have set a goal for yourself of achieving something and you don’t achieve it. [In] a lot of games, a lot of the time there will be an overlap between what you’re trying to do and what the game tells you you should be doing. If you’re doing something else than what the game tells you to, then failure is at its most interesting—you’re not being able to achieve your personal goals. And that’s where it hurts—you pick up a game you consider to be somewhat broken and terrible. It doesn’t really hurt your self-image that you’re failing against the goal of the designer, who you don’t respect anyway. What hurts is that you’re failing at what you’re trying to do. So that’s where it hurts.

It’s very obvious that your personality kind of transfers to a certain extent. If you’re having problems dealing with major challenges in games, you probably also have problems in real life and vice versa. The thing with games is they allow for a kind of plausible deniability.

This is something I first read in Steven Pinker, who talks about how this happens with language typically. So if you say something like, “Nice laptop you’ve got there, it would be a shame if something happened to it,” that has a plausible deniability. Obviously there is a threat, but there’s a small way out that you could deny it’s the threat that it really was.

We have this freedom in games to take it seriously, even though it may not matter financially or whatever to you. But there’s also a freedom to not take it seriously. There’s a freedom in games to deny that the distress you were showing was all that important. In the 2010 World Cup, when the U.S. lost to Ghana, The New York Post had a front page saying, ‘This sport is stupid anyway.’

Yeah, and that’s a special example, where you reject it afterwards! It’s already ironic on several levels; we know it’s really childish, right? We’re sort of blaming the game—there’s something wrong with this game, so that failing is not a reflection of who I am or my identity. The outcome does not build on important skills or relevant skills that I don’t have a need for.

Well, one of the things is that I don’t think we’ve failed less these days, but punishment has sort of become less stringent or less strong. Typically you see things like save points. It used to be that when there were things like save points, they were very far apart. The save points have just become closer and closer and closer. And so it’s just that the amount of time we spend retracing our steps and going over the same ground again becomes much smaller.

What would be an example of that in classic games?

So in classic games like the Hitchhiker’s Guide to the Galaxy text adventure, there’s a pile of junk mail you have to pick up at your house at the beginning. And only later there’s a puzzle involving the Babel Fish that you can’t solve if you don’t have the junk mail.

“If you’re watching a movie or reading a story or something like that, you can easily deny that you did this.”

So you’d have to restart?

Roughly how many hours in would you be?

OK, well that’s good. But there are other examples that are more punishing, right?

Yeah, I’m struggling to think of them.

I think there’s King’s Quest—where there’s the mouse you’re supposed to free that, hours later, if you don’t free said mouse, you are trapped in the prison.

Well there’s the issue with Patapon, where you’re crossing the desert. You only have to backtrack like two levels to get the thing to cross the desert. It’s sort of weird I think by modern standards because it doesn’t actually tell you. It only very weakly sort of hints at that there’s something you’re supposed to pick up. But I think that today there’s some sense that the game will forgive you; you don’t have to memorize every single bit of information. Or you don’t have to backtrack, or if you’re doing something and you’re not succeeding, then the game has to do some sort of signaling that you’re doing something wrong. For example, if you play Rhythm Heaven, the game had this thing where I was never sure if I was late or early to the music. And I think that already sort of feels weird.

There’s no feedback there, compared to something like Guitar Hero, where you know that you’re messing up because the song isn’t playing right. In Rhythm Heaven the game will just go on without you. And you have no idea where that bar is either, in terms of overall whether you’re doing well or if you’re just momentarily kind of screwing up.

I think that games have become easier in one way; there’s that guiding line from your current state to incompetence to becoming competent. There are more signals. There used to be a longer time where you’re just sort of practicing blind. Now I think there are many more attempts at steering you toward improvement. That’s an interesting question.

How do you think that failure in games—I think that failure in games is perhaps a bit more structured. But I think about this in terms of the context of difficulty in books. You can read a difficult book and at least you’ll have read every word. But with games if you don’t acquire a certain set of skills—with the exception of RPGs, which are just a war of attrition—you can’t complete them. How do you think of failure in a context outside of games—is it possible to think of failure in terms of literature and art? Is it possible to fail at those sorts of things, or do you think that’s something that is unique to games?

Games are fundamentally about your own personal character overcoming your own physical limitations to do so. But you can say that, especially if you’re reading something like a detective novel or anything that involves some sort of major smart person or some sort of mystery, perhaps even some kind of genre-based film where you know there’s going to be some heavy romantic ending to this—there’s some sort of limit to trying to predict how that’s going to come about.

I had an experience like that at the end of Inception. The woman behind me was like, “Oh isn’t that great [that everything worked out]?” And clearly there was no level of nuance. She just didn’t understand what happened in the film at all. But she also really enjoyed it.

Then there’s the question, especially if it’s a mystery, of whether you have figured out who did it, for example, who committed the murder. So you might say that with other art forms it becomes sort of a social thing. It’s not that you’re denied access to the ending or something like that; it’s more about that social performance at the end when you’re discussing the end. So you’d say that … games are interesting since all of that is sort of hard-coded into the game; they’ll tell you physically if they’re doing well or not doing well.

Or, say you’re going to an art show. There’s also anxiety—I’m pretty sure I’m not the only one who’s felt that anxiety of “what am I actually supposed to think about a particular artwork.” And then there are ways to be noncommittal about it, what you actually think. So I think there’s a lot of social bluffing, social signaling around that.

What’s different between games and stories here is that playing a game is like—you’re playing Manhunt and it’s very obvious for everyone involved that you actually did go very concretely through all the steps, trying to plan how to pull the whole thing off. But if you’re watching a movie or reading a story or something like that, you can easily deny that you did this. Games don’t allow you to hide in the same way, in terms of doing things that are horrible in the fictional world.