Castles have stories, and Czocha Castle in Poland is no different. It began its life as the seat of power for bishops, dukes, and eventually princes in the 13th century before it was annexed by Charles IV of the Holy Roman Empire. It withstood wars and sieges throughout the years before becoming a hotel in 1996. However, it recently became something else. For one weekend, it became a College of Wizardry.

Earlier this month, 180 players from 12 countries (including the United States) came to Czocha Castle to enter the world of Harry Potter. Armed with wands and wizarding robes, textbooks and potion bottles, these live action role-players came to Czocha to live out their dream of entering the wizarding world and experiencing, if only for one weekend, what would have happened if that owl had shown up to whisk them away from the muggle world forever. 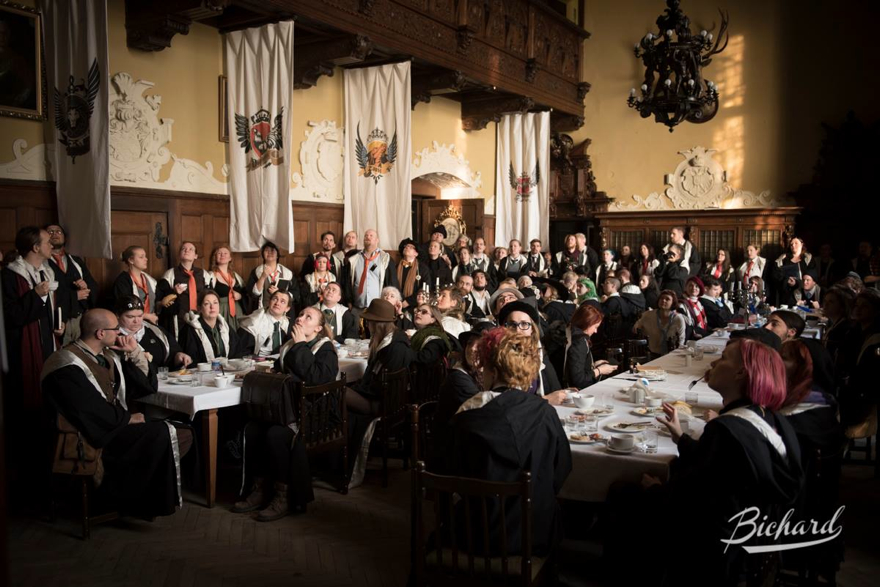 The College of Wizardry LARP experience was an unofficial big-budget adventure organized by Nordic Larp teams RollespilsFabrikken and Liveform with assistance from local Polish larpers. The idea was to create a game set in modern times, years after the end of the events in the Harry Potter books. Armed with a large production team and a cast of nearly 60 non-player characters (NPCs), the organizers recreated the inside of the castle to furnish everything a college wizard could need. There were classrooms full of magical artifacts and items to explore, a fully-functioning potions lab with in-game concoctions to brew and drink, a terrifying dungeon in which to practice the darkest magic, and a divinations tower high above the ground. And of course, there were the castle’s built–in secret passageways to explore, and the gorgeous grounds, complete with its own Forbidden Forest full of fawns, inferni, and Death Eaters.

Though many traditions of live action roleplaying exist around the world, Nordic Larp has garnered headline attention for their focus on arthaus games, serious topics, and big- budget games, such as their Battlestar Galactica Monitor Celestra games. College of Wizardry managed to incorporate the best the Nordic Larp scene has to offer, providing complex issues of magical politics and social issues (like the rights of werewolves to muggle rights and bigotry against half-bloods) to explore in a welcoming, friendly environment without losing the spirit of fun and adventure that is Harry Potter. 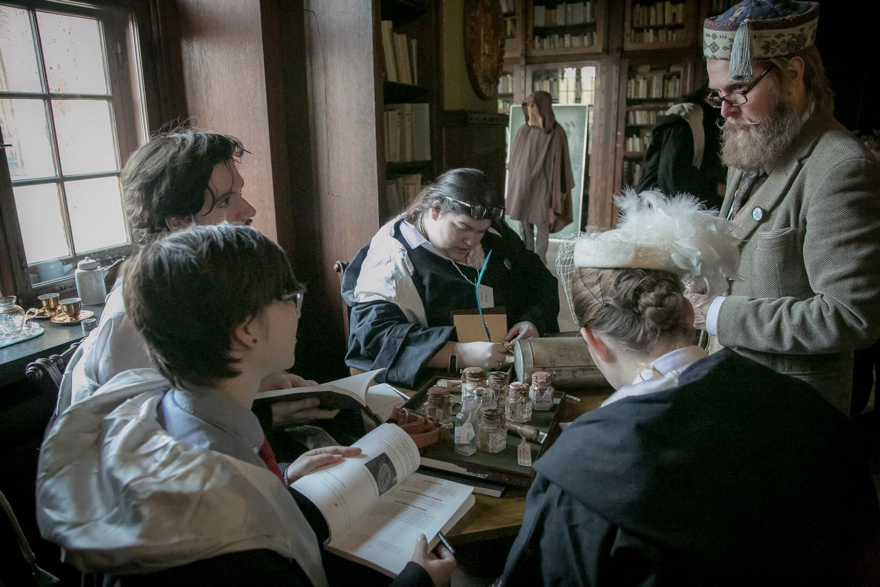 I got the chance to spend Thursday evening to Saturday night steeped in everything a wizarding experience had to offer playing the half-American muggle-born Katarina Iguanis. As a new student (a Junior),  I had to get to know the five houses so as to impress the Prefects. Unlike Hogwarts, at Czocha you were Sorted by which house you impressed, and I worked to get noticed without getting into too much trouble. After all, I had to get up early to go to classes like Magical Artifacts and Defense Against the Dark Arts with persnickety professors who could take away points towards winning the House Cup. I especially tried to stay on the staff’s good side once I was Sorted into House Durentius, but it was hard to stay out of trouble when angry ghosts, lost magical wildlife, the occasional golem and terrifying dark wizards lurked around every corner. By the time the game ended on Saturday night I had prophesied the resurrection of a dark wizard, fed a faun a lollipop, snuck down a secret passageway in my pajamas to join a secret society, and battled a fellow student to a standstill in a magic duel while trying not to trip on the dress I’d worn for the dance. And of course, I aced my Magical Artifacts class. After all, just because I went on fantastic adventures didn’t give me an excuse to shirk my studies.
I began to wonder if Czocha castle was going to become a sort of magical home away from home.

Even to those familiar with role-playing games and larp in particular, College of Wizardry wasn’t your typical gaming experience. There were no difficult systems with complex health points, or lists of spells to memorize with limited and qualified outcomes. There was no experience points to garner and no achievements to unlock. The game instead was an improv exercise meets role-playing experience, based on some fundamental principals of games common in the Nordic Larp scene. The game stressed the ideas of players telling good stories together rather than focusing on constant success. This involved sometimes taking the dive, being the bad guy, or choosing to let your character be defeated, a concept called “playing to lose” in the Nordic scene.

And while the game offered a plot to follow about Death Eaters versus Aurors and the dangers of dark magic, players were expected to choose their own plot trajectory, directed by their interests and the choices of their characters. For that reason, no two experiences of Czocha were the same. While the organizers gave brief suggestions on ways you might play your character, their story arch was in your hands. Students ran every which way, causing mayhem or keeping on the straight and narrow, trying out for Quidditch or even getting caught up in an affair with a teacher. This was a game for adults, after all, set on the college level, so the themes could go a little more adult. Students explored issues of unprepared pregnancy, unexpected lycanthropy, bigotry-fueled family strife and even domestic abuse as parts of their character backgrounds. Others were interested in just a weekend of spell-casting light fun, and the game had room for both. The world of College of Wizardry and the grounds of Czocha castle were our playground, with mysteries and surprises around every corner.

The House Cup was awarded at the end of the ball, with four houses bowing to the superior mischief prowess of House Faust. The cup was raised high and the game was over. The organizers thanked everyone for attending to thunderous applause and promised us all exactly what we wanted to hear: there would be another game in 2015. I began to wonder if Czocha castle was going to become a sort of magical home away from home.

Then, of course, the after- party began. Players danced the night away, sharing drinks and war stories about the fantastic things seen and done in the last two days. I shared a toast with players from Germany, Denmark, Sweden, Finland and more, who were amazed that a team of Americans had flown nearly halfway around the world to join them. But I always answered, “How couldn’t we? It’s Harry Potter!”

At the end of the weekend, about two hundred people decamped Czocha Castle. Wizard portraits were taken down, replaced by the castle’s usual art, and House banners were stripped from the Knight’s Hall. The organizers began the long task of unwinding after such a high stress seventy-two hour production, which they’ve promised to repeat again thanks to popular demand within the larp community. Meanwhile, the players piled into vans to brave the winding roads of the Polish countryside to head back to whatever awaited them in the muggle world. Yet each carried with them the memories of their College of Wizardry experience and the stories about that one time they walked into a castle with a wand to live a magical adventure.

If you’d like to see more, check out the trailer for the upcoming documentary on the game by Cosmic Joke.