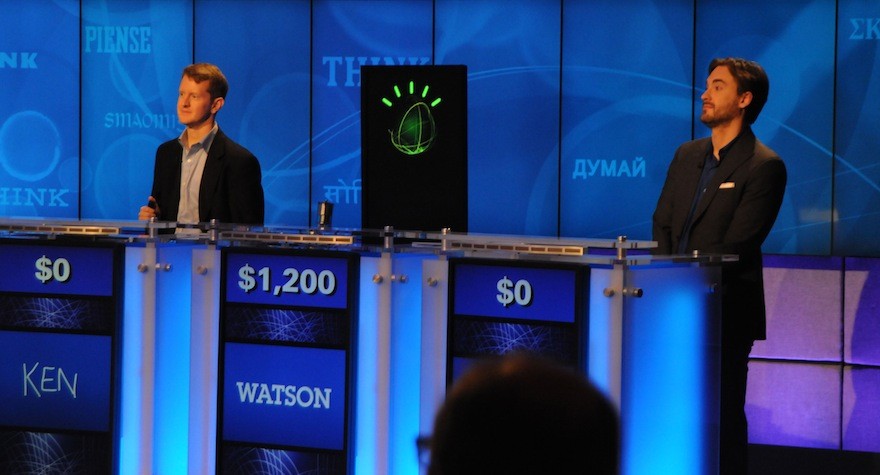 Once trained to trounce the best players on the planet at Jeopardy!, IBM’s artificially-intelligent supercomputer Watson is heading to Africa to mine data that could help solve problems like disease and water scarcity. Although IBM has had difficulty marketing Watson outside of cancer centers, it’s good that it can get back to the gainful employment of saving the world from outbreaks of cholera. You can read about the AI’s do-gooder efforts in this nice writeup by Dean Takahashi at VentureBeat.

But with all the potential for Watson’s AI to do spectacular things, it makes me wonder why videogame AI is so unsophisticated, broadly speaking. While bad guys in titles like the original Halo and Fear were pretty impressive, most of the time we get the same doofuses who lose sight of you the moment they’re off-screen. Of course, I’m not asking for game AI to reach the level of Watson, but it would be nice if there was a real initiative to use the processing power of the new consoles to sharpen game intelligence, rather than rendering a game world that is 35 times larger than the last one, which was already pretty big. I can dream, can’t I?