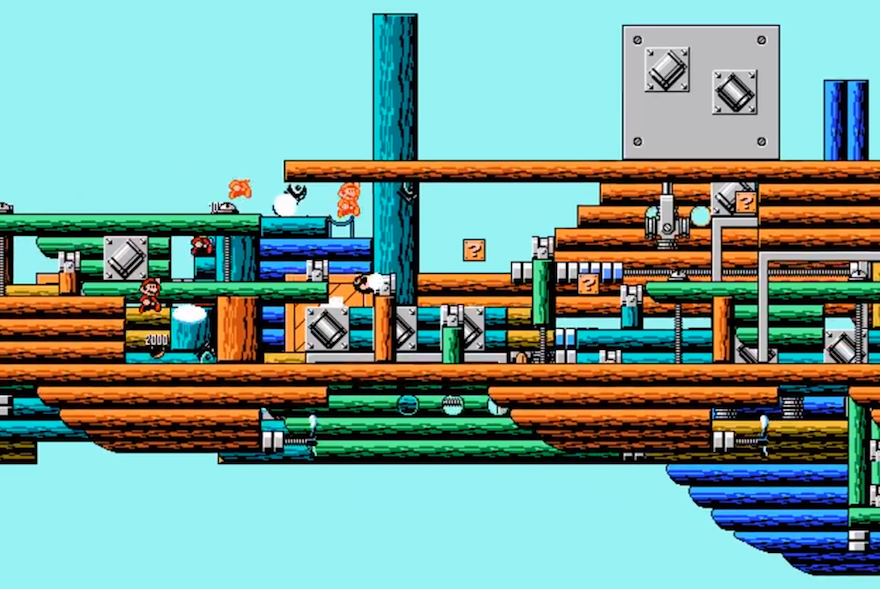 If your childhood was like my childhood, every Bullet Bill and spinning cannon from Super Mario Bros. 3‘s airship boss levels have been permanently burned into your memory.

But that was then, and this is now. Because screen resolution has improved so drastically since the days of RF switches and rabbit ears, it’s now possible to display much more of old games’ levels on a single screen, as can be seen in these fascinating clips by YouTuber Atlas Videos.

Not only that, but levels can be layered together to create Mario airship hell, apparently. This bit of retro voodoo is pulled off in a collaboration between tool-assisted speedrunners and curators of old virtual game maps.

And you thought world 8 airship was tough.