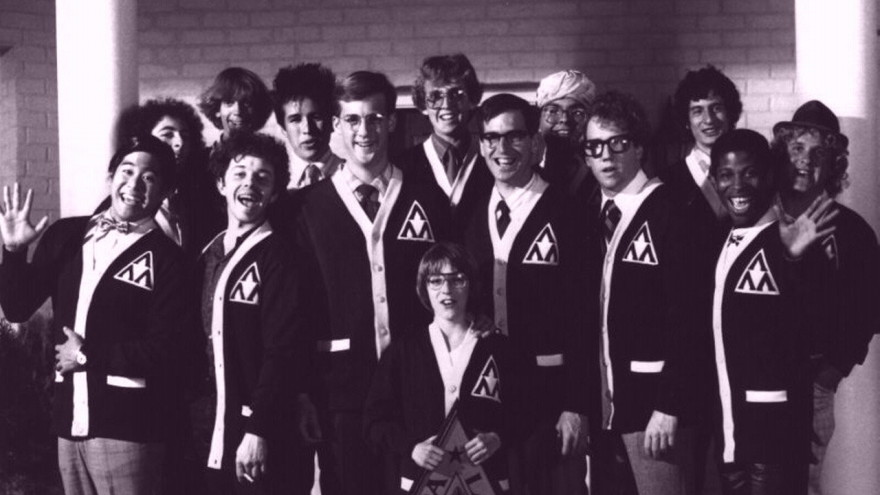 Yesterday, the NYT’s media and tech writer Noam Cohen made a bold and perhaps obvious claim. Well, obvious depending on who you are. “We’re All Nerds Now,” the Grey Lady crowed, and I couldn’t help but feel a pang of relief.

The datapoints along the way are straightforward. NASA robotics expert-turned-web cartoonist Randall Monroe’s first book topped the NYT’s nonfiction hardcover best-seller list. Per the curious bend of his comic XKCD, What If? is collection of absurdist questions, like, what would happen if we all pointed lasers at the moon? (Munroe’s TED talk is a must-watch, by the way. He answers what would happen if you tried to hit a baseball pitched at 90 percent of the speed of light.) Apple’s announcements are now watched the world over, Hollywood has over two dozen comic book movies en route over the next half decade, and Big Bang Theory star Jim Parsons has won the Emmy for best comedy actor four times in five years.

What was once on the outside is now the mainstream, surprise surprise. Now, of course, the flip side is a clash of cultures over what it actually means to be a nerd or a geek. That’s led to internet dust-ups, whether it’s over the role of women in games or the responsibilities of a site like Reddit to shape its self-forming communities.

But for me, it’s mostly good news. Here’s why. Even though I’ve loved videogames most of my life and read comics with deep interest, I’ve never thought of myself as a nerd. Yes, I wanted to be a biochemical engineer before failing my freshman year math class in college, but the deep identity that’s known as nerdom has been something ascribed to me by others. When I tell people that I run a videogame arts and culture website, the first response is “You like videogames?,” as if having deep interests in other fields outside of games was a liability to my credibility.

So a broad statement like Cohen’s only heralds a much needed sign that we all have much more in common with respect to our interests in games or technology than what previous rhetoric has suggested. And one only need to head to a high school to figure that out. A couple months ago while doing some audience research for my PBS show, I sat down with a gaggle of teens at a local NYC high school to ask them what they played. The dividing line at this school wasn’t whether or not you play games, but which ones you did.

This wasn’t always the case, as one of my favorite scenes from Freaks and Geeks can attest. The kids I spoke to were well-played, shared a deep love for games like Proteus and The Stanley Parable, and shared more in common with the theater or art club kids than with “gamers.” Their tormentors were on the other side of the fence were the athletes and cool kids, who spent most of their time in hyper-competitive environments like  Madden or Call of Duty.

The split was a textbook case of “the narcissism of small differences,” a well-understood divide between adjoining communities of game players, but set against the standard melodrama of high school. But the act of playing games themselves was not a mark that placed you on one side or another. It was merely business as usual.

I wish had been the case when I was in high school. Perhaps then playing videogames wouldn’t have seemed like such a scarlet letter. Because if we’re all nerds now, then no one is. That’s a good start.