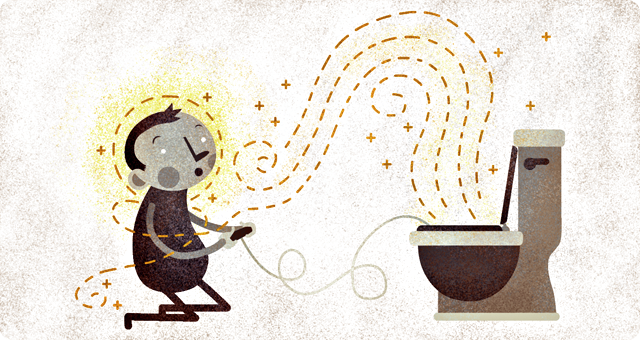 The Japanese term kusoge, meaning “shit game,” is a category reserved for the worst that videogames have to offer. Bugs, glitches, crap graphics, absurd storylines, obtuse or inconsistent rules, terrible voice acting, insane difficulty curves, boring levels of ease, offensive material; these are the kusoge things. To qualify for this category, a game must have excessive failings of quality. An error or two can’t bring a good game down—a kusoge must be an epic fail. Yet, kusoge has a substantial fanbase. So what the hell is so appealing about this shit?

In the mid-’90s Used Games magazine launched in Japan, one of the first popular publications dedicated to retro games. In its pages was a column called “Senka Bakage Gourmet Club,” a platform dedicated to the re-evaluation of older games with bad reputations. This recurring feature offered an alternative approach to bad games, illustrating the pleasures and amusements they have to offer. The column helped to raise the profile of kusoge (shit games) and bakage (stupid games) and enthuse readers to their terrible charms. Yet kusoge fandom doesn’t just look backwards for its kicks, because shit still happens.

It’s a common assumption that the appreciation of kusoge games is based entirely on their comedy—whether they make us laugh with them, as we repeatedly hit the swear button in 50 Cent: Blood on the Sand or dance to “Thriller” with zombie characters in Michael Jackson’s Moonwalker; or facilitate laughing at them, as we find in the criticism of Angry Video Game Nerd and Seanbaby. Kusoge games certainly fit the “so bad it’s funny” paradigm; and for those who enjoy them, humor is absolutely an element of their appeal. But there is something deeper to the pleasure of playing bad games than their hilarity. As ever, the joke is not as funny when you explain it.

Kusoge doesn’t seem to be about bad taste or irony, but the experience of playing a truly terrible game. What I mean is that kusoge can be awesome—yes, in the “rad,” “cool,” and “amazing” sense, but also in the other. A really bad game can evoke genuine awe, a sense of “fearful wonderment,” as it is defined. Awe is a pleasing combination of terror, dread, and astonishment; bad games are capable of provoking this feeling in a way that a so-called good game cannot match.

Cheetahmen II, for instance, is a densetsu no kusoge—a legendary shit game. You’ve probably encountered the meme, if not the game itself. This game, an unlicensed sequel to another shit game among shit games on the Action 52 NES compilation cartridge, was never officially released. Apparently 1,500 copies were found in a warehouse years after the developer folded. Its rarity and bad reputation made it the stuff of legends. Cheetahmen II is an action platformer with three playable characters, the Cheetahmen (man/cheetah hybrids), who have to stop the evil Dr. Morbis and his mutant ape monster. It’s heinous.

To begin with, Cheetahmen II can’t be completed because of a glitch that crashes the game at the second boss; and the patched version fixing this error, which is available on emulations, only makes the game last longer. The graphics are ugly; the enemies, including squiggly lines as snakes and mini-whirlwinds, are either mad or lazy; enemies are drawn at heights that make them impossible to shoot; one enemy type’s body is invisible; enemies overlap too often; if the player character jumps off of an elevated platform they die; there is a jump sound effect on only some levels; there are random hidden blocks with collectibles that have no purpose, the HUD has a graphical glitch making it difficult to tell how much health and points the player has; levels just end suddenly; more than one level is called “level 3”; when you play as the character that can kick, you can repeatedly tap the action button and achieve flight, allowing you to fly safely through the level; and the bosses are ridiculously simple to defeat. Overall, the game is boring, too hard, and then too easy—it is fatally broken and sublimely stupid. It’s a shockingly shit game, and I had a really good time playing it.

More than one level is called “level 3”…

At times it was arrestingly awful, and all I could do was stare dumbfounded at the monitor from sheer surprise. At other times I was frustrated and confused, then laughing and finally delighting in the stupidity of it all. I found that as the game was becoming worse, the more fun I was having. I was motivated to continue entirely because I wanted to see how low the game could really go. We expect certain standards in games, like balance and consistency of rules and completability—the basics—but I never knew what to expect from this bad game. It was lying to me and laughing at me the whole time.

Cheetahmen II is not the only one. There are many, many more kusoge on the shit list. Whether you’re doing the mundane in Road Sweeper Simulator; waiting for your character to wake up in Tail of the Sun; trying to decipher space, objects, and objective in E.T the Extra-Terrestrial; forever losing at Sexy Hiking; or floored by the poor taste and poor gameplay of Demolition Girl, the games mesmerize with their badness. The pervasiveness of crap in a kusoge is simply so astonishing that shit moments become “wows” instead of total “woefuls.”

And that is why bad games are not good, but two kinds of awesome.