It’s well known that Pac-Man, released in 1980, was the first time a game presented food as a relevant feature. At the time, arcades were flooded with musty smells, spaceships, and violent aliens. Pac-Man had to slide through a maze eating small and big pellets, all while avoiding four ghosts to beat each stage. Its five iconic fruits—cherry, strawberry, orange, apple, and melon—stood out with their vibrant colors among the greys and browns of 1970s sci-fi games. Toru Iwatani, the creator of Pac-Man, said in an interview that the game was created to appeal to women, and it did.

Back in 1982, the Electronic Games Magazine released an article, which was also a study on the types of people who played at arcades, titled “Women join the arcade revolution”, the cover depicting a woman playing Centipede (1980) on an arcade machine. The author claimed that “Women have officially arrived in the world of electronic gaming,” adding that “[Pac Man‘s] record-shattering success derives from its overwhelming popularity among female gamers.” The game, women’s favorite at that time—followed by the shooting game Carnival (1980)—showed how food had the power to change an environment previously dominated by men shooting aliens, one that the same article described as “a strictly male preserve as the old corner barbershop,” into a more family-friendly one. 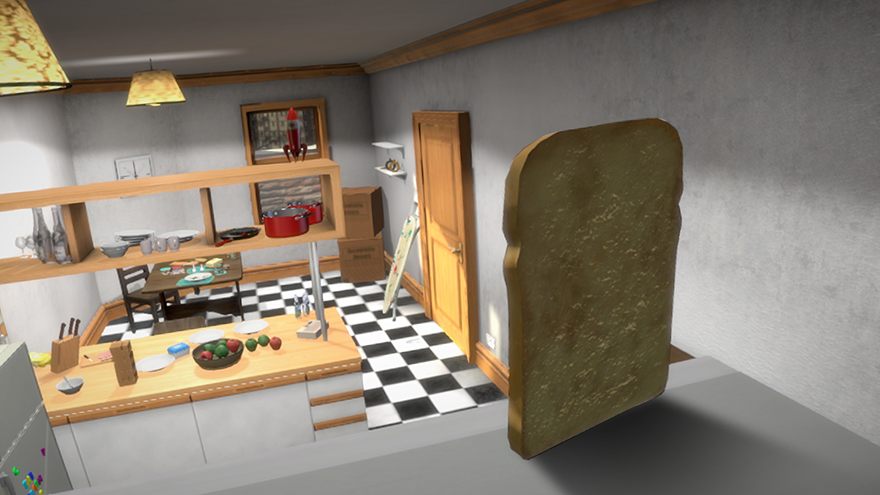 What’s particularly notable about Pac-Man as a force for cultural change is that, before it, people could only get points by shooting and killing in games such as Asteroids (1979) and Space Invaders (1978), and since arcade gaming was about being represented by the top three letters on the scoreboard, they would shoot and kill ceaselessly. When Pac-Man arrived, players could earn points by eating pellets, fruits, and ghosts—it’s a small but significant change. It proved that people were not discouraged by a game without guns because what they cared about was the competition to the top; the means of getting there didn’t matter.

From Pac-Man onwards, food was transformed in its role in videogames and has been used in several ways. Role-playing games like Chrono Trigger (1995) had food as a source of health regeneration, while some Nintendo titles expanded the usage of food to increased endurance and extra lives, such as Mario’s mushrooms. Some real-time strategy titles like Age of Empires (1997) used wheat and meat as commodities, and survival games like Don’t Starve (2013) give food its more conventional use as an essential item for keeping starvation away.

But then came I Am Bread (2015). In it, the player controls a slice of white bread which has to butter itself, find a way to fall inside a toaster, and eject itself out of it before it burns entirely. Somehow, this bread can slide, grab onto cupboards, and stick to walls. When we analyze its behavior and goals, it’s not that different from that of human protagonists in adventure and action games, in which they have to overcome small obstacles to reach secondary objectives that will lead them to the main one. And this slice of bread is not food either because it’s never actually eaten.

The French philosopher Gaston Bachelard, one of the greatest sociology scholars to study sign processes and meaning-making, stated in his 1938 book The Formation of the Scientific Mind that “reality is initially a food.” He used the example of how children “put objects in their mouths before they know what they are, and so to know what they are.” When food becomes the single type of object that can be digested, we can only know that something is food if it can be eaten. Therefore, I Am Bread is a game in which food is not food, and not because if this bread existed in real life it wouldn’t be edible, but because it is not eaten by anyone in the game.

Take for instance the mobile hit Candy Crush Saga (2012). The red jelly beans, orange lemon drops, and blue lollipop heads are used as puzzle pieces that must be matched with two of their kind to disappear and solve part of the stage. They are also never eaten. They exist as an artistic choice only, and the game would work the same way if they were turned into rocks, squares, circles, or any other shape—it already worked, way back in 2001, with gems of different colors in Bejeweled. These games use resignification as a key part of their creation process. Resignification is to assign a new meaning to an image, to an object, such as when I Am Bread’s creators decided to use that slice of bread as a protagonist instead of an edible item, or when Candy Crush’s creators transformed sweets into puzzle pieces. The shape of the image resembles the object we already know, but its meaning in that context is different.

Vanillish and Vanilluxe, the two ice cream creatures introduced in Pokémon Black/White (2010) are also a result of a resignification. They even have eyes and mouths that let them blow cold wind and cry. Their function is to battle other Pokémon and win, and fortunately, we are yet to see either of these two being eaten by another character. The Frozen Burrito in Hylics (2015), the Cabbage-pult in the Plants vs. Zombies series, and the Deku nuts in The Legend of Zelda: Ocarina of Time (1998) are other examples in which food is used in battles, specifically as weapons. Interestingly enough, the three of them are related to round, heavy-weight, or hard projectiles that were used by humans in actual catapults or slings years ago.

But its meaning in that context is different

When we think about Cookie Clicker, one of the games responsible for triggering a mass addiction to idle games in 2013, we see cookies as a commodity just like food was in Age of Empires, similar to currency. You click the giant cookie on the screen to produce more cookies that can be used to hire characters or buy machines to produce more cookies and … you get the idea. You repeat this cycle over and over until you notice you hadn’t bathed for four days and hadn’t eaten a real cookie because you must produce more virtual cookies. You must! People using resignification to create their art can make objects weirder—though, I’d rather say “more interesting.” When the Like Likes, those tube-like slimes, in The Legend of Zelda series eat your shield, or when the pink slime Poring in Ragnarok Online (2002) eats your whole dropped loot, these items become their food. You can retrieve and use them as they could have been before it happened, but in that fraction of a second, their meaning is food.

The dung pie, an “Atrocious fecal waste material” in Dark Souls (2011), as described in the game, can be used to feed Kingseeker Frampt in exchange for souls. Most zombies, once again in games such as Plants vs Zombies, feed on brains. In the Fallout series, though, the eating of strange food is directly linked to the player because she can eat Strange Meat, which is suspected to be human flesh. Because eating implies having a mouth full of teeth to crunch, lacerate, and rip the food, when it’s associated with meat—specially human—food is turned into a horrific object. The creatures that eat become symbols of terror, such as Werewolves and Vampires, and we can’t help unconsciously associating their images with ourselves dying by having our flesh slowly ravaged by them. The power of transforming the brain into food was so strong that it became a trope in games. It’s used by so many modern titles that its image as a foodstuff put has aside an earlier one—the exposed brain or the big head in the shape of a brain as a symbol of the knowledge of masterminds. Doctor Neo Cortex from the Crash Bandicoot series and Mother Brain from Metroid fit into that symbolism but have since been overridden by the brain-as-food idea as in the aforementioned Plants vs. Zombies and the Brainsuckers of Bloodborne.

These weirder uses of food in games show how the power the fruits of Pac-Man had persists. It’s why food has reached a point now where it’s becoming so rich of meaning that it’s a staple part of games, used to give players a sense of differentiation as they progress. Even though we are yet to see food once again ignite a time of cultural experimentation in games, as it did with Pac-Man, it is triggering technological experimentation in food with electronic Arduino boards like MaKey MaKey, and turning fruits and drinks into computer inputs—or joysticks. New food interactions in games might be interesting, but the limits to those interactions become uncertain, fortunately, when food is the one under control.