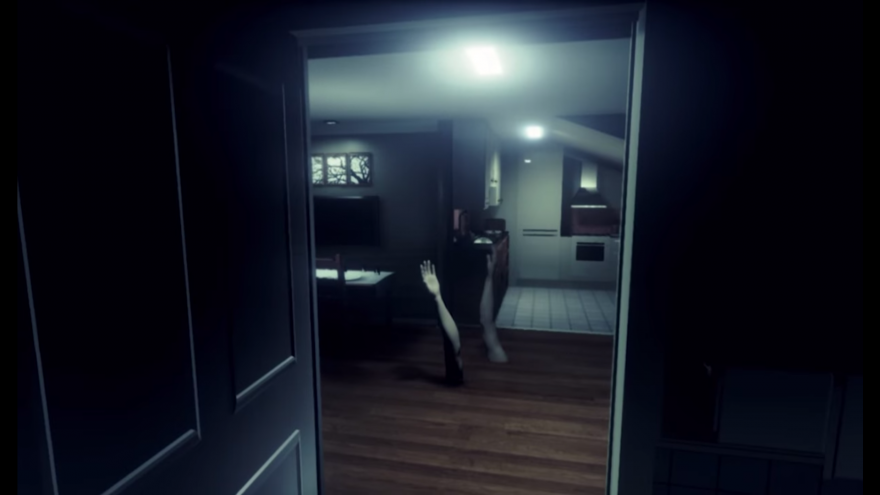 There isn’t a lot that happens in this short video of Imber, but that’s a good thing; it makes the ending that much weirder and left me wanting to know more.

Imber, like Allison Road, seems to be concerned with exploring the horror of a familiar space. The video depicts your character waking up in a small home and exploring the various living areas before an odd noise draws them back out into the main room.

the right kind of weird

The sound is strange. It’s hard to pinpoint exactly what it sounds like and because it’s a video, the source is unknown. Even stranger, though, is the sight back in the main room: raised arms sprouting shoulder-deep from the hardwood floor, caught in slow-motion waves as if they’re trying to grasp a cliff’s edge.

As the character’s heart starts audibly beating faster (an irritating effect, in my opinion), they venture out to investigate the arms, which results in them being smacked to the ground with a sound effect that’s almost comical.

According to a post on the Unreal Engine forums, Imber has only been in development for a few months, so some of the awkward things in this video are understandable. Even at this early stage, though, it has potential. It nails down the right kind of weird that I love in horror games and the graphics are lovely too. An update would be very welcome.

If P.T. is taking over Slender as the new go-to horror game for developers to emulate, I probably wouldn’t complain. There was a subtlety and uncanniness to P.T.’s horror that’s unparalleled in the poorly aging Slender formula of 1. collect objects while trying to 2. outrun scary thing. If P.T. gives us more things like Imber and Allison Road, I welcome the shift in inspirations.

You can see more screenshots of Imber on its developer’s Twitter.