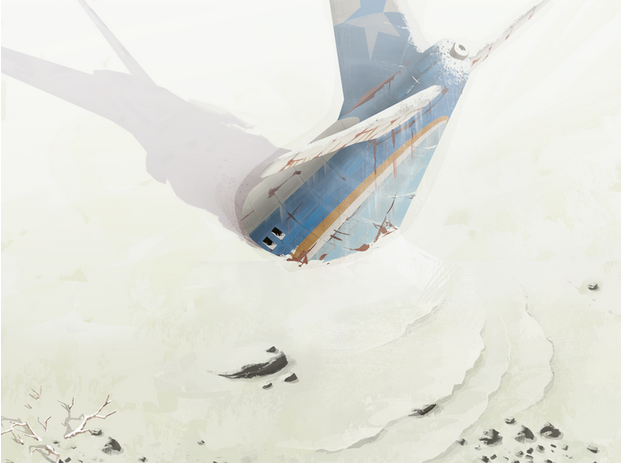 Post-apocalyptic worlds might be all the rage, but few are as winter wonderland as the new survival adventure game Impact Winter by Mojo Bones. This top-down role-playing adventure brings players into a world covered in snow after a massive asteroid collides with the planet. Eight years after that disaster, scrappy scavenger Jacob Solomon and his tiny robot travel the icy wilderness, trying to keep their frozen band of survivors together. What’s the point, you might ask, when the entire world has been turned into a giant snow globe? Because, as the catch phrase says, in thirty days help is coming.

London-based Mojo Bones credits games like Don’t Starve, Fallout 3, and The Oregon Trail for game inspirations, while harkening back to horror classic The Thing for cinematic inspiration. The idea of a frozen post-apocalyptic future has become an emerging backdrop for the last few years, with dystopian future films like Snowpiercer and The Colony gaining critical attention. The trailer for Impact Winter brings to mind the poignancy of The Walking Dead television show crossed with The Day After Tomorrow, all done up with a slick, almost Pixar-like animation. But though you might have an adorable floating robot sidekick named Ako-Light, this is no lighthearted adventure. The trailer showcases a moody and atmospheric game, all set to the tense and foreboding music of audio designer Mitch Murder.

Mechanically the game includes a diverse band of fellow survivors who sport natural AI behavior, meaning they’ll entertain themselves while Jacob is off scavenging (read: looting) his way through the frozen landscape. Just be sure to keep that Ako-Light charged, or you’ll have to drag him all the way back through the snow while surviving environmental threats like wild animals and terrifying white-out conditions. The game will also tackle serious issues of isolation, illness, deprivation, and depression which Jacob will have to manage as he tries to keep his band of survivors alive until help arrives.

The game is being designed on Unity and will initially be made available for PC, Mac and Linux should it meet its initial Kickstarter goal, with console development planned as a stretch goal. Impact Winter is slated for a Q4 release in 2015.