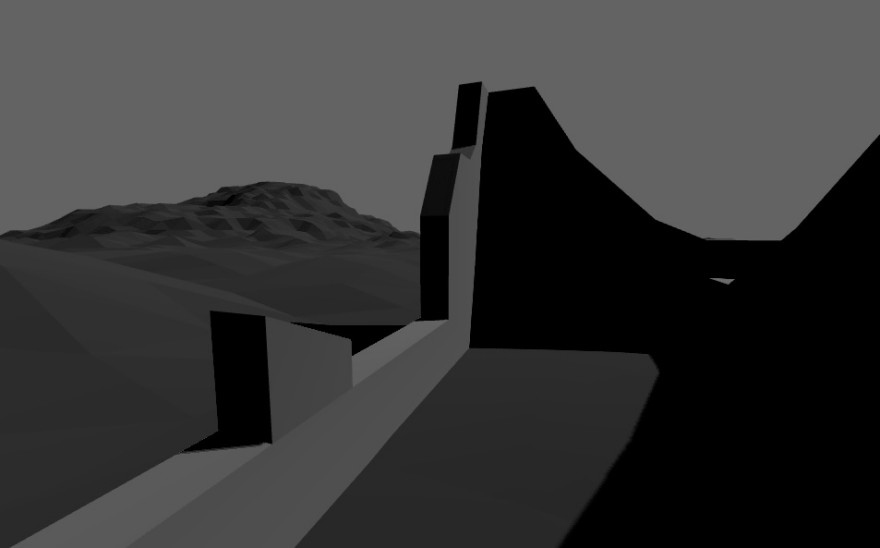 Back in 2013, Lady Gaga quit smoking by employing the “Abramovic Method” during a three-day retreat in New York. It led to this extraordinary (and NSFW) video, in which Gaga is seen chanting into an empty room, stood blindfolded in a river to feel the rain drops against her skin, and getting intimate with a big block of ice while completely naked. The video achieved what it was supposed to: encouraging everyone who watched it and the public-at-large to question what this peculiar Method she went through was.

The “Abramovic Method” is named after its creator, famed artist and self-proclaimed “grandmother of performance art” Marina Abramovic—if you’re not familiar, she’s the woman you can see sat on a wooden chair next to Gaga in the river. The Method is a series of slowly performed exercises meant to be increase your awareness of the moment, to drench you in the physical and mental experience of the present. The exercises vary, with a typical one being to drink a glass of water over a 15 minute period, pressing the cold of it against your lips, taking in only slight sips and concentrating on the liquid as it moves through your body.

In 2014, game maker Pippin Barr teamed up with Abramovic to turn her Method into a series of browser games. You can play them here. Included is typing complaints to a tree, counting rice and sesame, and looking at a block of color for an hour. They are each a form of long duration performance that increases mindfulness. They should lead to calm, oneness, and also help you to feel connected with science, nature, and the world through your physical body.

We walk and seem to find only devastation

Barr has now created a spiritual successor to his Abramovic Method games called Post-Apocalyptic Abramovic Method Game. Originally, the idea was to imagine what Method games he created before would be like if played in the post-apocalypse. He became stuck on trying to make this happen in 2D, but soon realized that he could move the idea into 3D, which he says “led to thinking about the game more as a ‘place’ than a post-apocalyptic recreation of the exercises/games themselves.”

What we end up with is an ashen-gray cross-section of dead world to explore. There’s not much here, but there are five distinct landmarks to visit, each of them representing one of the games that Barr had created before. But what has become of them in this ruination? The rice and sesame game is now an overturned table, the two cups that you sort the grains into spilled onto the ground, wrecked. The trees that you complain to don’t have leaves or branches, heck, they hardly have trunks, the only remnants of them a blackened dead stump. Upon arrival at each of these sights a sentence appears on the screen to make the connection between the game and its 3D representation. Once you have seen them all there is nothing else to do but wander forever inside this voidscape.

The poignant feature here is absence. There’s a sense that everything is lost: no people, no nature, no science, no future. We walk and seem to find only devastation. And we cannot engage with the surroundings as the exercises are not available any longer; they are in disrepair. However, without them it is still possible to find resolve—you do not need these specific exercises to enact the Abramovic Method. You can walk around this walled-off virtual space for a length of time and achieve that feeling of presence in the moment through that idleness (in fact, for this purpose I think the walking speed could afford to be a lot slower). You can point the first-person perspective at the ground to look eternally at the gray to achieve the same effect.

This 3D space where the world has been destroyed perhaps serves to teach us that no tool other than patience and concentration is needed to find peace. It may also encourage in you an appreciation of the world in its current state, and a desire to help preserve its flourishes of beauty while they’re still here. Find peace in the everyday.

You can play Post-Apocalyptic Abramovic Method Game in right here.