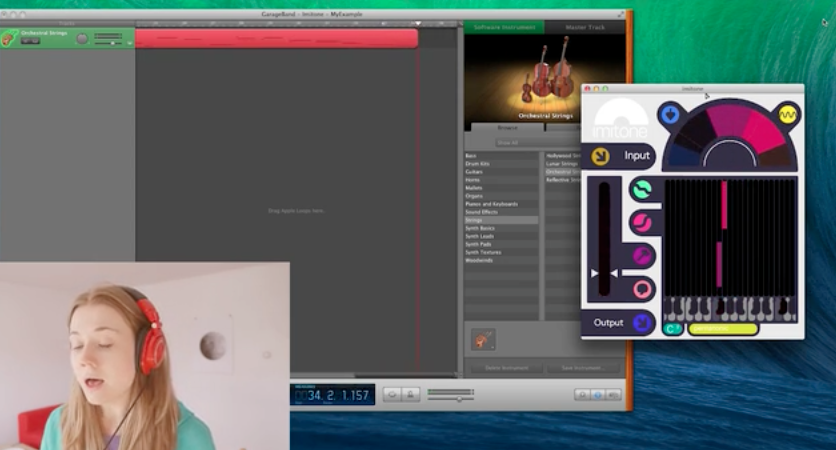 Imitone is at the home stretch of a highly successful Kickstarter campaign, but it’s worth taking a look because it’s a very cool project that allows you to compose digital music simply by humming into a microphone, and because I ran into its creator Evan Balster at GDC and I told him I’d post about it.

You might know Balster as the digital audio programmer for Dance of the Necromancer, SoundSelf, and Cave Story Plus; or you might know him for usually carrying with him his accordion. That’s not just for the Kickstarter video.

As he explains in the pitch video, he found working with digital tools as an analogue musician frustrating. And being in the possession of mad programming skills, he decided to do something about it. The way it works is that you open the program, start up your workstation of choice, like Garageband or Pro Tools, and record songs in any instrument simply by singing in key. The results sound pretty amazing.