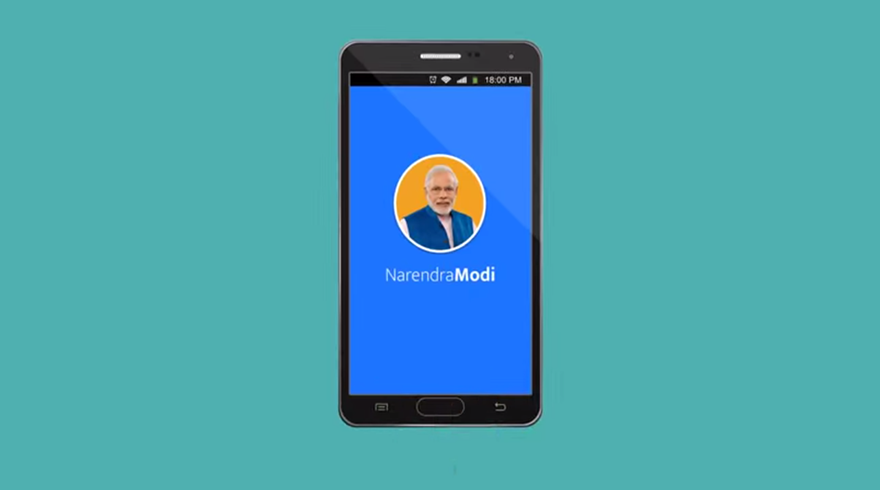 Indian Prime Minister Narendra Modi has shown himself to be a digital revolutionary for his country. He has 14 million followers on Twitter, 29 million likes on his Facebook page, and trails only behind President Obama for the highest number of online fans for a national leader. Earlier this month, he revitalized his campaign to provide fast internet connections to 250,000 Indian villages by 2019, after arranging for free wi-fi at the Taj Mahal. In India, one of the fastest growing technological platforms in the world, Modi has established himself as a social media icon.

The only thing he was missing was an app.

Modi’s app, aptly titled “Narendra Modi,” is the official mobile platform of the Indian Prime Minister. With it, you can chip in on polls about your favorite laws and ordinances, read about the latest government mandates, and write letters to the prime minister himself.

Another feature is to show your approval of various government actions, by swiping left or right. “It is like Tinder … for good governance,” says an app review from the BBC. “Except all you can do is approve, and share your approval.”

For approving government policies, and then sharing your approval on social media, the app rewards you with points, like a form of weird propagandic gamification. For your points, you get badges. “Earn them all and establish yourself as a true changemaker,” the app says. So swipe right, people of India, and enjoy the warm fuzzy feeling inside knowing you got involved with your government.

The app is available for free on Google Play.