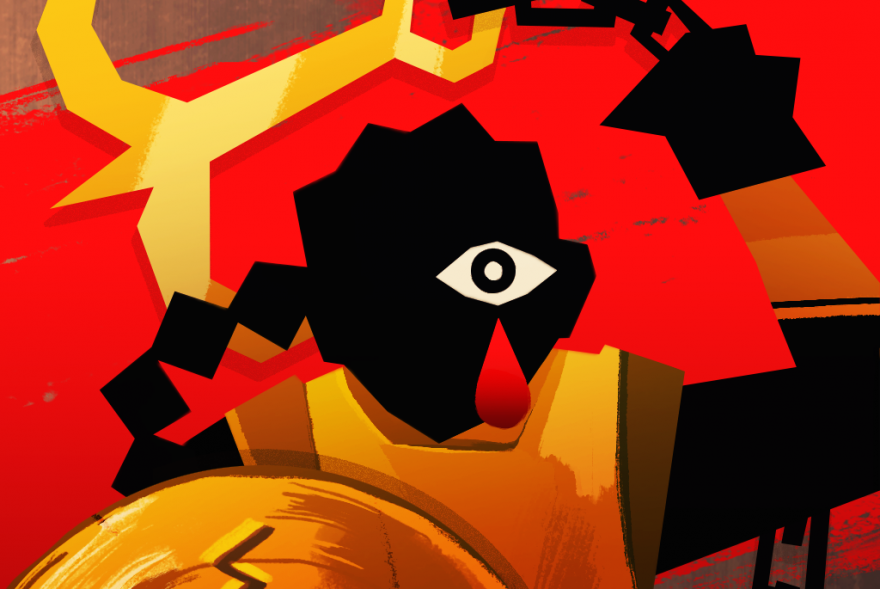 In an industry that likes to stab stuff almost as much as it likes to shoot people, an “indirect combat” game might seem a little out of place. In fact, the concept has more in common with puzzles than fighting games, as the inability to directly attack your opponent means that the player is forced to use the terrain and any abilities they might have to their advantage. It’s the same idea as forcing a spider to fall off a cracked wall in Lara Croft GO (2015): if you can’t approach them directly, lure them to another doom.

Game designer Arnold Rauers, whose studio Tinytouchtales is currently busy with the card-based stealth game Card Thief, has been working on ENYO, a tactical roguelike that has you fight with a shield and a hook, not a sword. It was born as a quick jam idea and initially named Hook & Shield, and was based on this idea of indirect combat. Hook & Shield didn’t feature any direct attacking options, and instead relied on pushing and pulling people into lava or spikes.


In the few months since that game jam, Rauers has been working with BADBLOOD (2015) creator Winnie Song to polish and re-release Hook & Shield, now known as ENYO. Enyo is the Greek goddess of war, and her task is to descend a labyrinth and retrieve the artifacts of the gods. The game keeps Hook & Shield’s variable skills and adds new enemies like minotaurs and cyclopses that you can drag to a fiery grave or impale on spikes as you please. Hook & Shield’s low-key art style has been upgraded thanks to Song, who has brought the same emphatic colors and bold lines that were on display in BADBLOOD to ENYO, and the soundtrack was a collaboration with New York-based artist Craig Barnes.

ENYO’s finished product looks a lot like Rauers’s original jam game, but cleaner, brighter, and quicker. It will include a “Daily Game” for paid users as well as a scoring system that tracks how different moves are used, and is set to be released on iOS and Android on September 7th.

You can read about ENYO’s launch here.