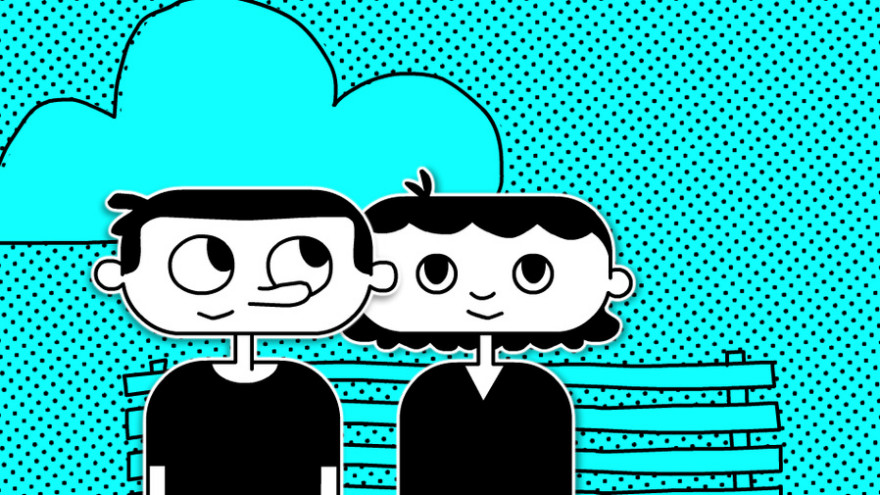 With the rise of geek culture and its assimilation into popular culture, a lot of the things you probably got made fun of for in high school (i.e. videogames, your glasses, Doctor Who, the Internet) are actually pretty hip now. But there’s one exception to that rule, which indoor kids such as myself will never be able to pass of as cool, no matter how much time passes: social ineptitude.

You might be a socially inept person if you’ve ever laid awake at night and methodically prepared answers to hypothetical everyday questions you might get asked one day because, otherwise, you’d likely stutter. Or, maybe you’ve had a teacher say something like, “Good luck on the test!” only to immediately reply with a, “Thanks, you too!” Or, ever panicked and forgotten your birthday after a pharmacist asks you to verify your identity? Well, I’m sorry to break it to you, but you suffer from severe social ineptitude.

But fear not! I’m here to tell you it’s going to be okay. Because a) tons of other people do too, b) it builds character, and c) there’s actually a videogame to help you with that.

I’m sorry to break it to you, but you suffer from severe social ineptitude.

Created in just three days for the IndiesvsPewdiepie game jam over the past weekend, Social Interaction Trainer is the practice round indoor kids have needed since the beginning of time. By limiting the player to controlling only the main character’s eyes, it forces you to use (mostly) non-verbal communication in order to “win” several—you guessed it—social interactions.

Every time I did win the situations, which ranged from buying groceries to going on a first date, I imagined the nine year old version of myself pumping a tiny fist up into the air before making note of the victory in her diary: Today, I didn’t drool while speaking in public. It was a good day. There’s definitely a juvenile sense of triumph in “winning” (or at least scrapping by and not flat out losing) in a social situation, both in the game and real life. Creator Ryan Jake Lambourn says that, while the game is supposed to be silly rather than realistic, “in certain senses, I do think people play games with the way they interact all the time, especially when they’re first meeting or are particularly competitive.”

One day in middle school, Ryan remembers—cringing—a pretty girl started playing footsies with him underneath the Home Ec communal tables, and “I tried to fondle her leg back in an awkward bit of internal you’re supposed to reciprocate right? At the time I was pretty psyched for my smexiness—a cute girl liked me! Of course at the end of that day, just after the bell rang, a big round lard of a guy was asking for me when I came out of class. I don’t know if he was her boyfriend or her brother but he pulled out a knife when I replied to my name and was very mad.” Though the large boy proved “very fast despite his size,” you might say Ryan technically won this particular social exchange, as cringe-worthy as it might’ve felt in the moment. Ryan describes the victory as “the single most Indiana Jones moment of my life. I made it to my bus just before it took off while running top speed scared for my stabbable flesh.” 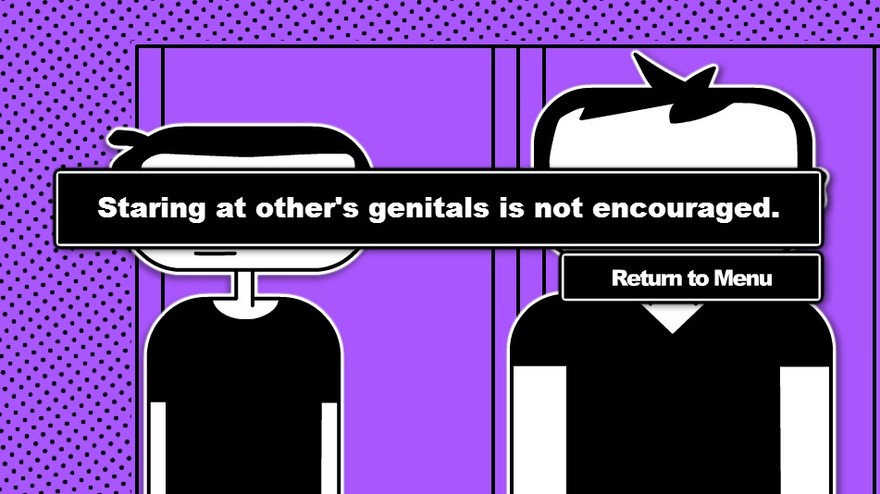 Everyone, no matter how beautiful and popular, remembers the sensation of failing at a social encounter. Particularly, Ryan says “middle schoolers, who are insane because they’re trying to figure out what the mechanics and boundaries of social interaction are. We might all be a bit socially inept, but at the very least we can be glad to not be middle school level inept.” There’s a universality to the situations in Social Interaction Trainer, which allow it to be simple and lacking any dialogue but still very readable. As Ryan explains, it’s “like watching a foreign language show without subtitles. You can still get what’s happening in a scene through the setting, actions, sequential context, and the emotional cues of faces and speech. Which seemed to work well with the theme of interpreting social scenarios.”

The art style is also appropriately minimalist and pamphlet-like, inspired by the subway “Please do it at home” politeness signs in Japan. The game also seems to have borrowed those politeness posters’ sense of hilariously strict and bizarrely thorough societal rules. During a scene in a urinal, for instance, I was chastised because “staring at other’s genitals is not encouraged.” News to me, but I obliged anyway. At another point, I failed at a first date for being either too intense or seeming totally uninterested, which kinda hit way too close to home.

Like most social interactions, the end game is about getting laid. I tried just about everything I could think of in the Social Interaction Trainer bedroom. I still only seemed capable of either confusing or hyperventilating my partner into orgasm. “None of the endings are failstates,” Ryan assures me, “everyone wins! There are however fourteen different endings based on your performance, so some people win more than others… Too real.” I got a bit frustrated that I couldn’t, for the life of me, figure out how to end with “Congratulations! You are a sex god, may all bow to you.”  But, like real life, I tried to let it go and just feel happy about the fact that I got through it without puking or passing out.

In the end, Social Interaction Trainer isn’t actually practice for the indoor kids (yes, I know, I lied to you). It’s more of a reassurance, or at the very least consolation. “If there’s a real world takeaway,” says Ryan, “it’s that you can’t take everything so seriously or worry about “losing” at social interaction. Sometimes, you just gotta cross your eyes.”

You can play Social Interaction Trainer here for free, and keep up with Ryan’s future projects through Twitter and his website.