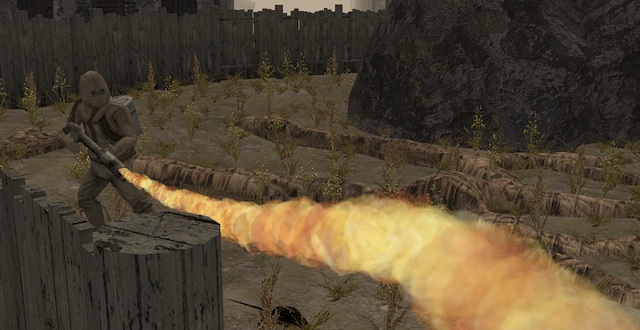 In 1770, a strain of bubonic plague tore through Russian quarantine and infected Moscow. The plague took out maybe a third of the population of Moscow. As the dead piled up, city limits were extended to accommodate new graveyards. Quarantines were enforced and the economic paralysis sent shockwaves through the food supplies, until an army of starving and enraged Muscovites broke out into the streets and began the infamous Plague Riot. Once quarantine began to take effect, the plague died out relatively quickly, but at its peak, it was claiming a thousand lives per day. The event—both plague and riot—induced a complete breakdown of the infrastructure of Russian society, killing weak and strong, breaking down the economy, citizens’ rights, and basic human dignity.

In the manual for Pathologic, Russian developer Ice-Pick Lodge (which also made The Void) introduces its game with an appeal. Cataclysms and outbreaks of new diseases are the natural mechanism of pruning an overpopulated planet, it writes. Pathologic is a prototype of a “simulator of human behavior in the condition of pandemic”: it purports to test the user’s ability to make right decisions in times of crisis. It’s also agonizing to play, shoddily translated, and ugly as sin. Eurogamer’s John Walker called it “Oblivion with cancer … a fascinating game. And a very broken one.” The game has cultivated a fiercely devoted fan base despite its poor reception in the West.

Pathologic shows the devolution of a society over the course of 12 days as plague overtakes a small, nameless Settlement. Events of the game closely mirror the real-world events of an epidemic. As the Sand Plague breaks, grows, and gradually consumes the settlement, characters research the cure and quarantine infected sections, until the military is summoned to suppress the growing chaos. By the end, it becomes nearly impossible to walk three steps without seeing a murder, as starvation drives people from their homes to be either infected or looted by raiders, and those raiders are in turn exterminated by soldiers.

Ice-Pick Lodge furnishes a mythologized restitching of the pandemic. Among the entrails of the Settlement’s history and the skeletal narrative, Pathologic paints a stirring portrait of the human condition and asks how we, as humans, have infected the earth. The Settlement in Pathologic is torn between past and future: the symbiosis of simple life on the steppe has been exchanged for modern life in the city. Innovation is bought by polluting the environment. In Pathologic, the environment retaliates through the natural mechanism of the Sand Plague.

While it invites cliches like “humans are evil because they destroy the environment,” it doesn’t deserve such a simple interpretation.

It’s not surprising that a piece like Pathologic is distinctly Russian. Ice-Pick Lodge’s game functions as a sort of stylized reaction to key events in Russia and the Soviet Union’s history. Consider Chernobyl: the destruction of the reactor in 1986 scattered radioactive waste to the wind, resulting in untold deaths worldwide (the book Chernobyl estimates nearly a million premature deaths from the disaster). The testing, under direct orders from Moscow, is infamous. We won’t know the full effect of the disaster for years. It was inhumanly impossible to contain the radioactive fallout—400 times that of Hiroshima.

The Aral Sea was one of the world’s largest inbound bodies of water, yet 50 years of abuse under Soviet authority have reduced it to a fraction of its former breadth. Long piers extend over barren salt flats where the Aral has retreated. Between 1960 and 2008, the sea shrank from 26,300 square miles to a couple thousand, spread between several disparate lakes. The remaining waters are heavily polluted from chemical waste: the whole thing has been called one of the planet’s worst environmental disasters.

When viewed specifically as a Russian work, Pathologic becomes an apologetic of remorse. Mistakes made in the Soviet era were often glossed over or denied: Ice-Pick Lodge seeds Pathologic with increasingly overt symbolism. The Settlement’s districts are named for parts of the body, and the player’s map constantly evolves, tracking infected zones and objectives, until symbolism is thrown out the window and the map is replaced with a cutaway of the internal workings of a bull. The most powerful moments in the game lie in discovering, bit by bit, the extent to which the Settlement has ravaged the ground on which it was built.

Pathologic acts as a statement, rising out of the Russian consciousness, that attempts to peel back the scars history has left and force players to ask questions. While it invites cliches like “humans are evil because they destroy the environment,” it doesn’t deserve such a simple interpretation. The developer invites players to spend 40 agonizing hours in a pandemic simulator not just to show how depraved and craven the human animal can become in such extreme circumstances, but to ask players what it is they want to believe. Do you believe in the power of logic and science? Do you cling to tradition? Or are you willing to trust in something more?