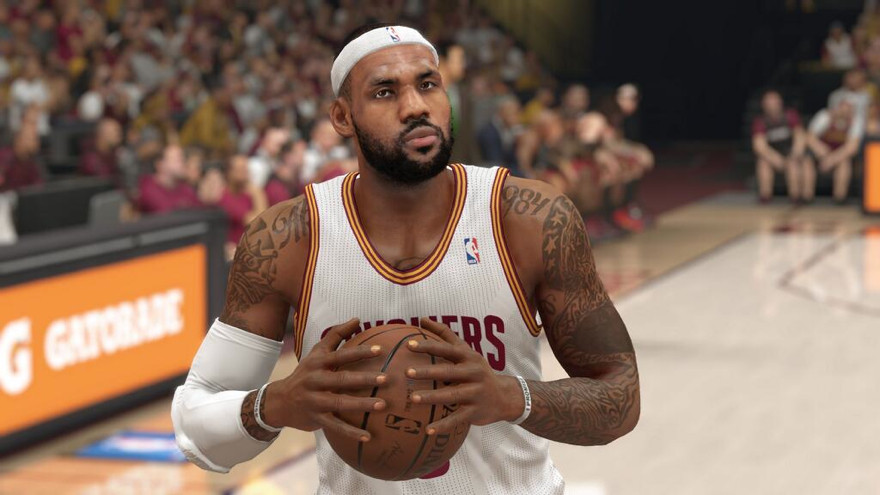 Last week, a federal jury ruled that “Blurred Lines,” Robin Thicke’s 2013 ode to cowbells and unwanted advances, infringed on the copyright of Marvin Gaye’s 1977 hit “Got to Give It Up.” They therefore awarded $7.4 million in damages to Gaye’s heirs.

The “Blurred Lines” trial can be broken down along a variety of musical and legal lines, many of which touch upon the difference between ‘inspiration’ and copyright infringement. DJ-producer Laidback Luke, for instance, writes, “Unless we somehow invent new notes, the progressions that we can make are not infinite.”

“The progressions that we can make are not infinite.”

Though he may not be known for his mathematic prowess, Laidback Luke is correct. Discovery News’ Eric Niiler asked St Johns University music professor Rachel Hall to do the math, and learned that, “Once you break it down with assumptions, the number of songs is definitely finite. But it’s really large.” As a descriptor, ‘really large’ doesn’t really do Hall’s math justice. If one assumes that a pop song’s tempo is 160 beats per minute, the number of possible songs, Niiler writes, is “approximately 27 followed by 269 zeros.” That’s a lot of zeroes, but it’s also a finite number. Indeed, Laidback Luke’s “not infinite” phrasing was quite apt.

Could a similar calculation be made for videogames? Insofar as game play is contingent, tends to be longer than most songs, and cannot be reduced to audio alone, it’s fair to assume that the number of videogame possibilities is probably higher than the number of original songs. (This in no way implies that video games are superior to music. It’s just a thought experiment.) Much as songs can be reduced to countable units, however, it’s fair to assume that the same could probably be done with videogames.

What, then, would a number like “27 followed by 269 zeroes” mean for the state of videogames? In all likelihood, it would mean very little. In a world of nearly-but-not-actually-infinite possibilities, not all outcomes are created equal. Some of the 7^320 possible combinations of notes in music sound better together than others, and musicians flock to those. That, in part, is how a world with “more than a googol squared” minute-long sequences ends up with pop charts that sound so homogeneous. The same holds true for videogames. Some variables work better together. Thus, there are plenty of ways to relive World War II on your console of choice. Likewise, you are free to discern the differences between 2K and EA Sports games on your own time. In both of these cases, relatively similar concepts can coexist.

Richard Cohn, a professor of musicology at the University of Sydney, told Niiler “The number of combinations is so large as to be infinite for any practical purpose.” This idea of infinite possibilities remains seductive. Fans of any media form often want to believe that there is more out there: that an original idea is hiding somewhere amidst the zeroes being bandied about. And maybe it does, but that doesn’t need to be fetishized above all else. The conversation between similar works, so long as it less acrimonious than that of the “Blurred Lines” fracas, is equally valuable.