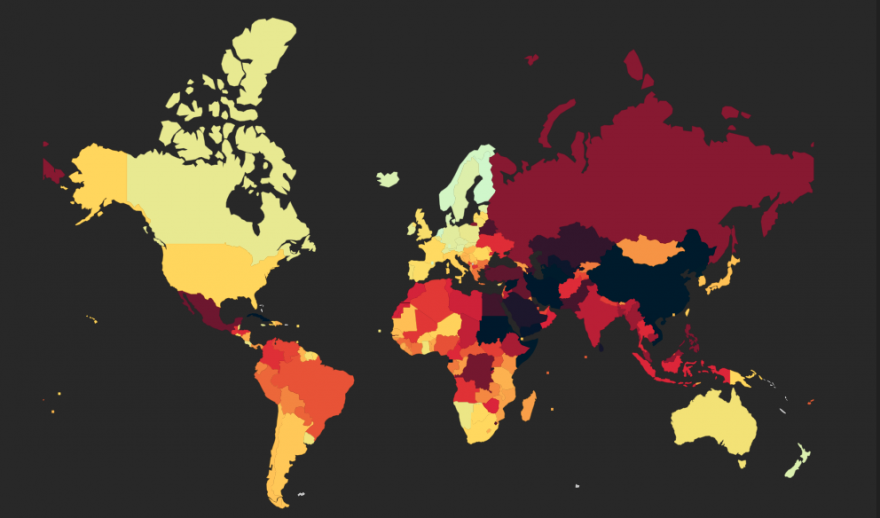 The Internet has great potential to do good stuff, like spreading freedom of speech around the globe, but according to this info-graphic map by an advocacy group for freedom of the press, it turns out that in many places it’s just another form of censorship. The color code shows where governments rank in terms of restrictions on the flow of information through the Web and other outlets, with Canada and the Baltic states finding themselves in a good situation, but with nations like China and Iran colored black, and the small African republic of Eritrea coming in dead last. The United States ranks in at number 46 on the list, a little low for a nation that touts freedom and equality above anything else. But then again, we all played BioShock Infinite.