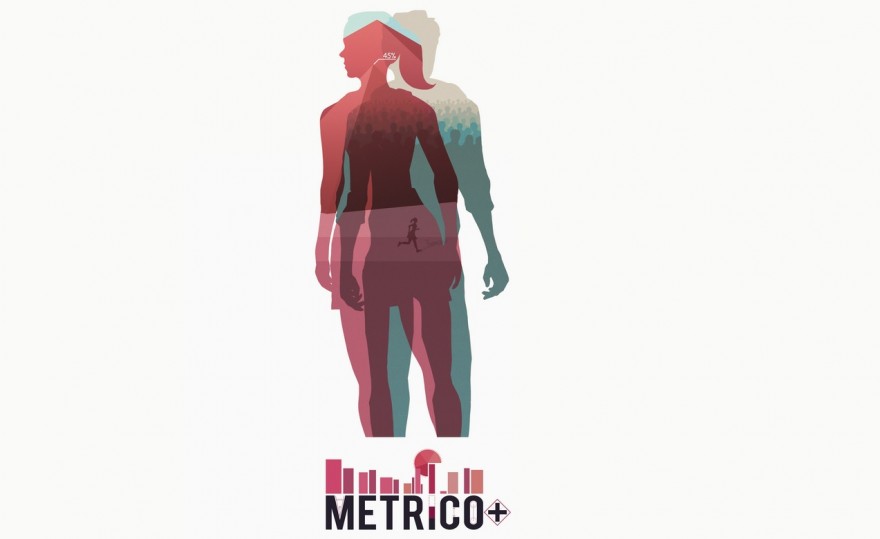 Metrico was released in August of last year as a PS Vita exclusive. A puzzle platformer from Dutch studio Digital Dreams, the game is set in a world of moving, living infographics. Colorful pie charts dot the landscape. Jutting line graphs become three dimensional mountains in the backdrop. Bar graphs rise and fall in accordance with your movements.

“we want more people to enjoy the world we created”

In a genre rife with stylistic sameness, Metrico took an interesting approach, albeit with mixed reception. If there’s one thing that it certainly could have used more of, though, it’s this: availability! That’s why Dutch Dreams is working on Metrico+, a new version of the game built for PC, PlayStation 4, and Xbox One, set to launch in Q1 2016.

“The PlayStation Vita is a fantastic platform with a great audience, but we want more people to enjoy the world we created,” says lead designer Geert Nellen.

According to Dutch Dreams, Metrico+ will feature revamped visuals, additional worlds, and newly designed puzzles, all built specifically for these new platforms. Much of the original Metrico relied on Vita-specific technology, including touch and motion. It’ll be interesting to see how the puzzles rooted in these mechanisms will differ in Metrico+ when it launches next year.