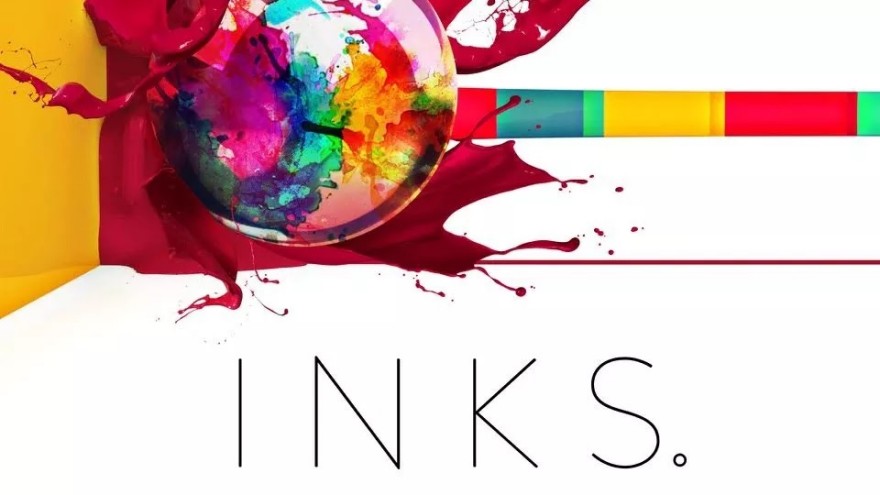 What’s the opposite of a pinball purist? Whatever it is, that’s me. Don’t get me wrong: I don’t mind pinball as a physical table game. It’s the translation to videogames that often bores me. The effort made is usually to simulate the table experience as accurately as possible. Yawn. This is a videogame—you are free of the bounds of the real world, do something else with the pinball format, geez.

There have been a few examples of pinball videogames with a lick of something fresher over the years. Sonic Spinball (1993), Devil’s Crush (1990), Rollers of the Realm (2014); they all embraced the idea that pinball doesn’t have to be a table, but could be used as a way to interact with a virtual fantasy world. Even that has become quite typical now, though. And so it is with delight that I look towards the latest pinball deviant, Inks, as it takes the game in a completely different direction to what has come before it.

Inks is to be the next game from the BAFTA award-winning game studio State of Play. For the past few years, the team has been crafting a miniature city out of tiny motors, lightbulbs, and cardboard houses for the adventure game Lumino City (2014). It’s a studio of people who enjoy taking a hand-made approach to a project, bringing a gorgeous materiality to their games. It makes sense for State of Play to be making a pinball videogame, then—bringing a table sport from the physical world into the virtual one. It also fits that this pinball game will resemble the act of throwing paint onto a canvas.

Yes, Inks is designed to be a visually beautiful experience, as opposed to one that prioritizes competition or chasing a score. The ball that you launch into the game area and bounce on the flippers leaves crayon-like trails in its wake, while a collision with a wall or another solid object is said to cause “blocks of color [to] burst like beautiful fireworks across the surface” of the playing space. The idea, according to what State of Play told Polygon, is to build up a “visual history” of your time playing the game right as you’re doing it as you attempt to increase your score.

Right now, there are no more details on Inks, but the visuals provide plenty of stimulus to form an idea of what we’re gonna get here. Plus, it will apparently be getting a release date soon as it heads to mobiles, which suggests you won’t have long to wait until you’re downloading it for yourself.