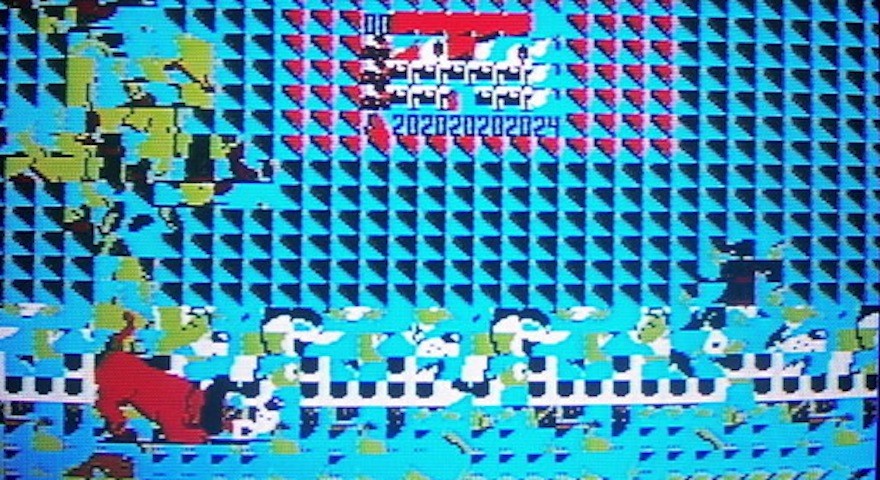 There’s insanity and then there’s insanity, and this qualifies as the “and then there’s insanity” variety. A speed-runner on YouTube has hacked Super Mario World so that Mario’s noggin takes a metaphysical leap to a game of Pong, where it is batted around between two wood platforms. Next, it moonlights as the front-end of the snake in Snake. My reaction was tickled amusement, followed by terrible confusion, following by the realization that I may have just witnessed the most awesome glitch known to man. See if yours is the same.

What the blazes just happened? We thought it was a glitch, then a hack, and though we’re not 100% certain, we know think it’s a glitch/hack, judging from the talk in the comments section. It sounds like Masterjun3 has used tool-assisted speed-running techniques to hack the game, reprogramming it while simultaneously playing! This was done by entering outrageous button combinations with the assistance of a computer, which gets a tad technical. This will not, in other words, work on your old Super Nintendo. But that shouldn’t stop you from training.