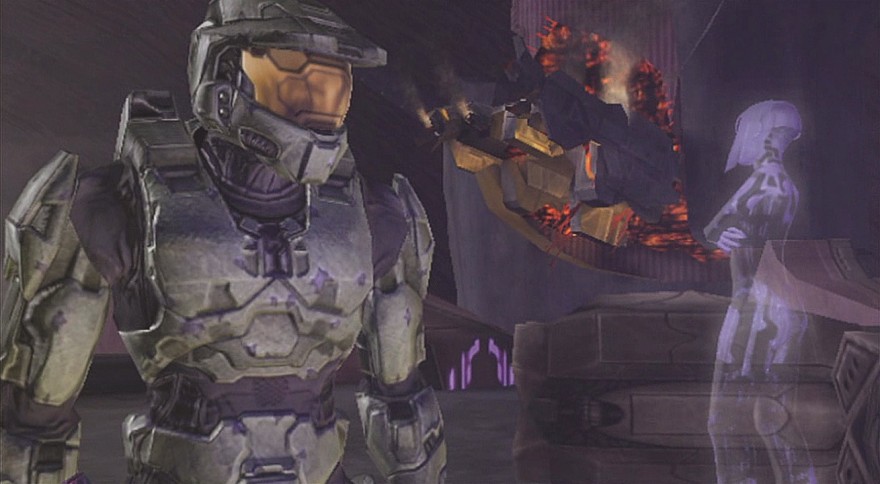 Starlight Runner Entertainment is a purveyor of videogame franchise bibles, or, as it prefers to call them, “Brand Universe Mythologies.” These might span 40,000 words or over 200,000, codifying hundreds of hours of content from different media into one comprehensive guide. They’re full looks into complex universes, and depending on the viewer, you can see either the forest or the trees.

“Encyclopedias are authoritative, definitive, and final. We want our work to be more than that.”

“Guide” is a flimsy word. Steele Filipek, the lead editor and senior writer for Starlight—who’s created projects for Halo, Splinter Cell, and Red Faction as well as Pirates of the Caribbean and Tron, among others—said that the mythologies “aren’t just histories or collections of stats.”

He said, “Style guides are more about creating an artistic vision. Encyclopedias are authoritative, definitive, and final. We want our work to be more than that. They are living documents designed to inspire creativity and infuse brand essence into every extension of the franchise.”

Games are always evolving and contain layers of interactivity and depth, unlike a film, whose experience is the same from beginning to end. Filipek’s job is to help detail and unify every aspect of a property—characters, stories, themes, histories, the magical or scientific “rules”—so that anyone, regardless of medium, can understand what makes it unique.

“Every content producer will have a vested interest in the narrative but may lose sight of the details as tens of millions of dollars begin to spread out over any number of media platforms and dozens of production teams across the world,” said Filipek.

The process starts with tons of research. Starlight documents every moment as they watch, read, and play every work ever made for a property.

Those are the ‘holes’ that are actually just blank canvas, that fans love to talk about, to dream about.

“Our work is fairly straightforward when it comes to game series that have a title or two under their belts,” said Filipek. “It becomes a lot more intricate when dealing with multi-trilogy epics that tie in books, comics, web media, ARGs, film, and television. Where was Master Chief in 2524 C.E.? How does Beast Wars fit into the new Transformers chronology?”

Then the actual construction of a Mythology begins after Starlight sits its client down to address any concerns with a franchise’s direction and how it can continue to be successful. Sometimes clients keep Starlight on retainer to update content while others are trained to do it themselves.

“A successful bible will never be completed,” said Filipek. Clients can store new information in appendices or text documents, but a bible rarely needs rewritten even as new games alter the story. “In most instances, we work with creators to create a timeline of their franchise’s history that details what has been explored and what has not,” said Filipek. “That way, if things change, the creators will have a justification that fits with the chronology, rather than just a creative whim.”

It still surprises some gamers how interwoven gameplay has to be with narrative for both to work.

Starlight loves the gaps in content. They’re fun and easy to fill, and they inspire creators to think of new possibilities. “J. R. R. Tolkien wrote of things that spoke ‘out of memory and old tales, of the high and distant mountains,’” said Filipek. “Those are the ‘holes’ that are actually just blank canvas, that fans love to talk about, to dream about. We find those years and references to allow licensees and producers to decide where they can tell their own story while making it meaningful to the rest of the franchise.”

He said, “A huge part of writing these documents is to find the stories, plot points, and characterizations that have drifted over the years.”

Games often present multiple paths, and their narratives are deep, with alternate endings and player choices—but they’re not unmanageable. “Few creative teams have the bandwidth to produce exponentially expanding narratives, ala Mass Effect,” said Filipek. Most often, players make varying decisions and then participate in events that are identical across playthroughs. Other times, only one version of the story is canon, or definitive. “In both of those cases, we craft histories that mandate story points that are universal while also detailing the optional paths so that creators can avoid contradictions to the best of their ability.”

With games, minding the mechanics at every point is critical. “While this seems like an odd and obvious thing to state, it still surprises some gamers how interwoven gameplay has to be with narrative for both to work,” said Filipek. The action-espionage of Splinter Cell: Blacklist is one example. Some series may be more sensitive to this than others, but it could explain why games such as Silent Hill 2, whose violent world is reflected in the psychology of its characters and its protagonist’s physical behavior, are so cohesive and well-respected.

“We don’t tell masters of the medium how to craft their art, but we can help them mold their narrative so that it can successfully expand into different media that don’t feature gameplay.”

It’s the spark that excites the imagination, gives life to the machine of parts inside a game, and compels us to play on.

Take film. Theatergoers are along for the ride while gamers actively participate and shape the experience as its hero, but one bible is not easier to write than the other. “For the most part, our concentration is on the story world, not on how it is portrayed in different media,” said Filipek. “If anything, games tend to furnish richer story world content because they are built to accommodate many more hours of experience.”

The Mythologies benefit everyone: writers, designers, artists, coders, marketers, directors, producers, and especially fans, for whom authenticity and accuracy is important. The ultimate goal is to determine the essence of a game—what makes it popular and what it states thematically, aesthetically, and narratively. “Those aspects are what the Mythology should impart to third-party creators so that everyone understands why the game works, rather than how.”

The “how” is more the language of developers. It’s the way a game comes together mechanically, from the controls to the engine, so that the total creation is something you’d want to play. “Why” is the magic. It’s the spark that excites the imagination, gives life to the machine of parts inside a game, and compels us to play on.

It’s what “anybody can understand,” says Filipek, “even if they can’t relate to holding a controller for hours on end.”