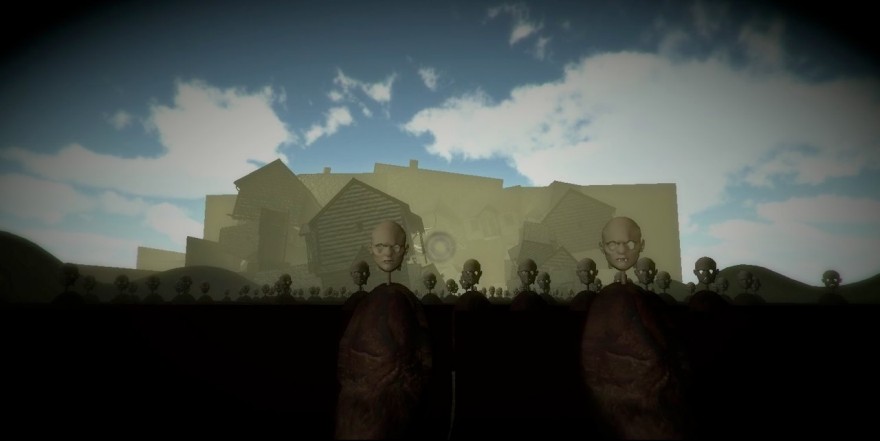 If there’s one thing games excel at, it’s scaring the bejesus out of me. Because they frequently involve zombies and fighting and cruel, relentless mortality, they have a knack at overexciting our pituitary glands. That gave Erin Reynolds an idea: Maybe by hooking up players to a game with a wearable device, she could put all that simulated fright to good use.

A few years ago, Reynolds started development on Nevermind, a spooky, surreal, first-person game for PC. Though it takes cues from Myst, the game is aimed at helping those who suffer from disorders like anxiety and panic attacks. Biometric data is collected from a Garmin heart monitor strapped to a player’s chest and fed directly into the game, creating a phantasmagoric nightmare that reacts in real time, where players can practice different coping techniques. “Is it deep breaths, going to your happy place, thinking of the beach, or closing your eyes?” explains Reynolds, who previously was a game artist and designer at Zynga and Disney. “If I’m playing a horror game, I’ll have all the lights on and bouquet of flowers and some kittens next to me!”

The advantage Nevermind has over other technology aimed at reducing anxiety and stress—such as the Stress Doctor app by Azumio, which takes your pulse from your finger when placed over a phone’s camera—is that it gives your nerves a real, honest-to-goodness jolt. “The hope is by subjecting yourself to all sorts of really unpleasant things, you learn to calm yourself down,” she says, describing a scene from the game where a spooky kitchen is gradually flooded with milk when you’re unable to quiet your nerves. As the 2% rises, it at first impedes movement, then impairs your vision, and eventually drowns your character.

Playtests show that anxiety spikes for players when in the dark, during gotcha moments, and when put under pressure.

The game listens to how anxious you are, cranking up the chills and milk spills until you steady the ship. Playtests show that anxiety spikes for players when in the dark, during gotcha moments, and when put under pressure. Specifically, the game is looking at heart rate variability—not the speed of your ticker, but the distance between each individual beat. Research has found that when people are calm, alert, and happy, their heart rate is inconsistent, with the sympathetic nervous system (which triggers the fight-or-flight response) and the parasympathetic nervous system (which among other things stimulates sexual appetite and helps you relax after a big meal) revving and stalling the heart.

“You want your heart rate to look something like fast, fast, slow, slow, fast, slow, slow,” says Reynolds. But get stressed and your heart takes off, which “is a good thing if you’re being chased by a tiger, but not a good thing if an email is stressing you out.” That said, she doesn’t want the pendulum to swing too far in the other direction either. “That would just be a slow, slow, slow, meditative state,” she says. “If players get into a meditative state while playing a horror game, then we’ve done something very wrong!”

While Nevermind has yet to be tested in a clinical trial, Reynolds is excited about that prospect as she continues to work on giving her players therapeutic heart rates. Right now, there’s only one level: you assume the role of a neuropsychologist, crawling inside the subconscious mind of a PTSD patient to collect lost memories, which represent the psychological trauma of those who repress terrible things.

Depending on the success of the game’s ongoing Kickstarter campaign, there will be more levels—eventually some that are custom-made for individuals with specific anxiety disorders. Reynolds hopes to have the game tackle obsessive-compulsive disorder, separation anxiety, and childhood anxiety, because the game is too scary for anyone under fifteen. But what about those of us who are for the most part anxiety-free? Think of Nevermind instead as Inception where you repair broken memories rather than steal dreams. That still sounds pretty scary to me.