Actress Marion Cotillard’s obvious allure brings the young Polish girl of the slums, Sophie Kowalsky, to life in Jeu d’Enfants (2003). It’s the ultimate film français, featuring a teasingly­ surreal yet ­realistic mind-­fucking game of cat­-and­-mouse ­that you won’t forget anytime soon. Sophie’s childhood bond with Julien plunges them into a game of mind­-morphing dares (“cap ou pas cap?”) that is both timeless and inescapable. And yet their game is not a prison­­. It gives the two jeunesse the freedom to fearlessly confront their impulses and invite one another into their own uniquely intellectual world as the heat and intensity of the game develops. The two are inevitably forged together into one mutual psychopathy, a mind game gradually leading to love.

At times witty and at times cruel, their game of dares has no limits: Sophie dares Julien to fuck another girl and then return with her earrings as proof; Julien fake-­proposes to Sophie before introducing her to his future­ wife; Sophie concocts a story that leads to Julien being pursued by cops; and finally, Julien temporarily fakes a serious near-­death injury in order to truly mind­fuck Sophie one last time. Yet, despite the brutality of their love, there is an exquisitely explosive chemistry and a real bond of friendship shared between Sophie and Julien that lasts a lifetime. Would you want to play?

Having a mind game as the central conceit is a trait that Jeu d’Enfants shares with its fellow­­ French film Amélie (2001)—it explores a game of stratagems and puzzles between two lovers­-to-­be. What starts as a spark of attraction between two strangers turns into a raging forest fire as Amelie and Nino spread into each other’s minds, burning through the oddities and eccentricities that the two have in common. And so the dominoes fall into place one by one in their sequential game of clues and trails and hints­­. It’s all rather reminiscent of the oddly detached lifelong flirtation between Florentino Ariza and Fermina Daza in Gabriel Garcia Marquez’s novel Love in the Time of Cholera (1985). Our modern lovers-­to-­be don’t even speak to each other until the very end of the film (Amelie is very shy), and so the level of communication that takes place between them— through their mind game—is quite literally beyond words, and perhaps the stuff of dreams, adding to the psychedelic nuances in the film.

Despite the other-worldly quality of these French feature-­film mind games, the playfulness of each game is relatable, “the moves” that our lovers make in their games seeming to remind us of our very own mind­gaming capabilities. We all end up pushing other people’s buttons through teasing or childish playfulness, starting mind teasers that will either (a) establish a real connection with someone or (b) achieve an end­goal (the latter being more manipulative rather than genuine).

Amélie‘s mind games are quite literally beyond words, perhaps the stuff of dreams

Playing mind games is our way of testing someone else in an attempt to see how well their mind can stay in sync with ours, and it’s a phenomenon that’s been tested in research studies as well. The moves that the recipient of the game makes in response to the initial mind-teasing invitation becomes a conversation or a dance between the two individuals involved.

The mind game phenomenon among humans is thoroughly explored by Stanford professor Nir Halevy. Halevy attempts to determine the uses of everyday mind games in terms of negotiations and conflicts. According to his research, collaborating with Eileen Chou and Keith Murnighan from Northwestern University, there are four types of significant mind games that can occur between two people. Statistically, these four clearly stand out from the 576 mind game possibilities that can be played between any pair of individuals. These possibilities were narrowed down based on three key assumptions: (1) That we as humans love symmetry and simplify both the conflicts and the negotiations involved as being “symmetric”, (2) that we as humans are happier when there is cooperation rather than conflict, and (3) “that there will be (at least some) correspondence between the games that scholars and lay people see as psychologically compelling.”

The research concluded that “the games people think they are playing” play a major role in their own perception as well as their opponent’s perception of the situation at hand. In fact, two of those four games aren’t overly aggressive and ultimately lead towards a cooperation of sorts, whereas the other two games are overtly aggressive, focused on competition rather than partnership. Perhaps the mind games in the French films fall under the category of games that are ultimately cooperative rather than being in a state of constant diametrical opposition. 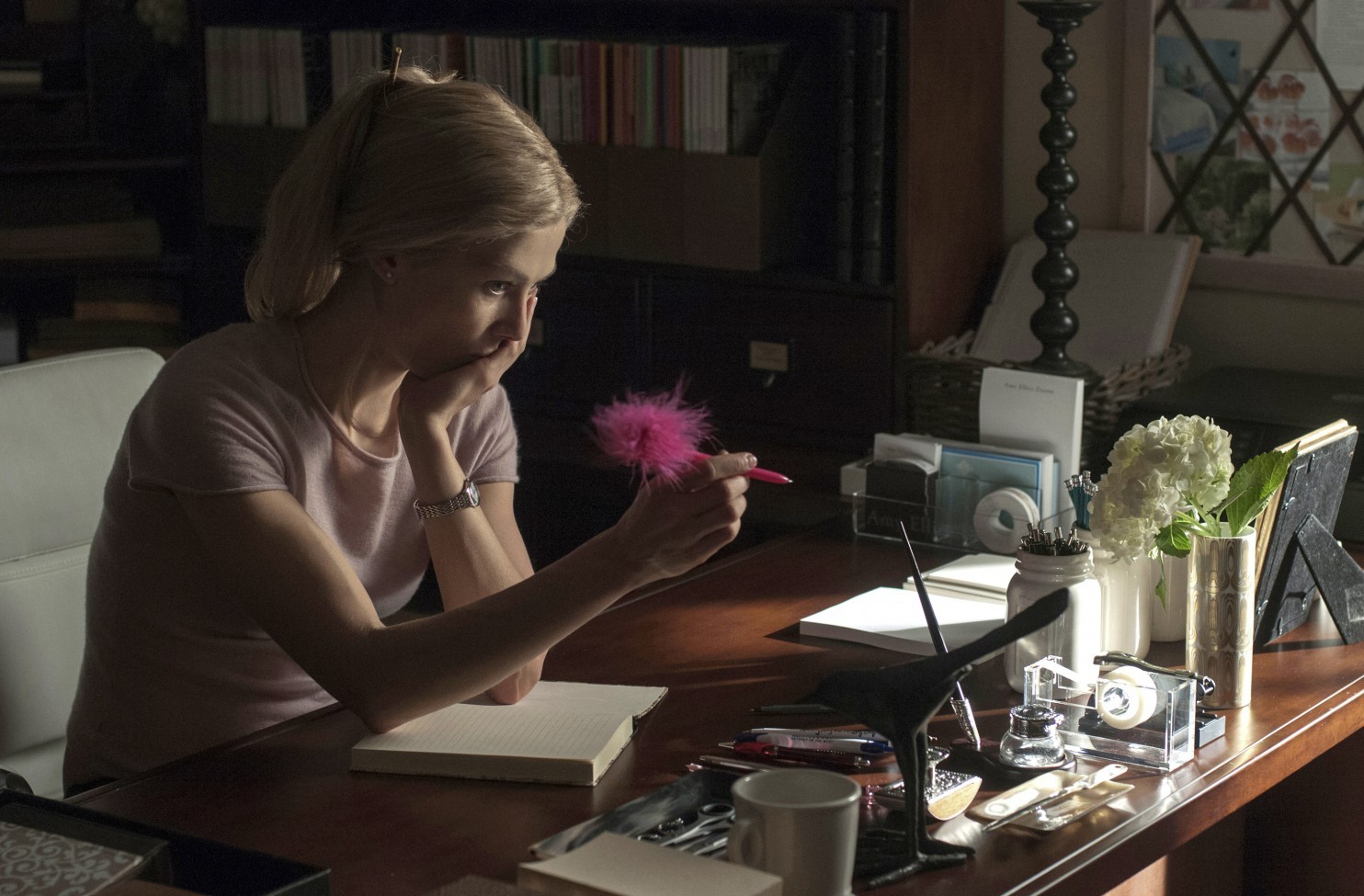 But compare this to the 2014 American film Gone Girl. It features a definitively more grotesque game of complete deceit and manipulation that has the potential to make your bones tingle. There is an underlying darkness and cynicism that gradually envelops the film, making it a colorful juxtaposition when compared to the French films, which primarily emphasize true love or passionate love. In Gone Girl, Nick and Amy are introduced as a young couple in love with a bright future ahead of them,­­ and yet their passion gradually dissipates into something that is toxic and competitive as they continue to infect each other with the poison in their minds. The marriage ultimately becomes a sinister trap that they inflict upon one another. The game between these ex-­lovers is one of mental torture and anguish as they both decide to live out a lie for the rest of their lives.

Think on that as well as this interesting note about the French language itself—there is no word or term to describe the concept of a “mind game”. This is a purely English construct and perhaps says something about the love culture of English-speaking societies when compared to those of French societies as a whole. Couple it with this 2003 survey, which claimed that the French have the most sex out of any other country, while the Americans seem to be all talk and no play with their thirst for instant gratification through online dating. As a woman who has spent time in both countries, I can definitely say that the Americans have a thing or two to learn from the French when its comes to amour. The differences in the mind games that each nation’s fictional lovers play seem to also confirm as much.