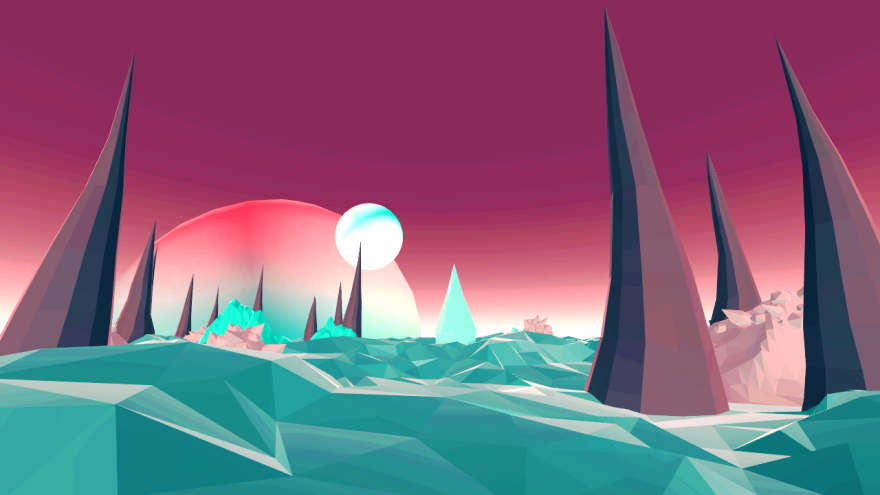 Inside The Void evokes a similar sense of isolation horror as Solaris (1972) or Event Horizon (1997). Both films place their protagonists on rescue missions; neither of which sound all too promising for the rescue crew—and both of which quickly descend into a series of mysteries and hallucinations.

Several crews of researchers have already been dispatched to Inside The Void’s remote alien planet. All have gone missing, though they’ve left little notes—log entries—on their findings. Many of them are grim; they speak of being transported to endless voids through seven alien structures on the planet, of unsuccessful attempts to reach the structures’ cores. Besides looking at occasional log entries placed around the low-poly environment, players simply wander—there are no creatures, just structures. The real goal is to simply hold onto reality, and maybe save those missing crew members.

a void that imitates an unending LSD trip

The voids are like vaporwave fever dreams: each has a jarring atmospheric change that differentiates itself from the original alien planet. Creator Jacob Medina likens it to surrealist PlayStation videogame LSD: Dream Emulator (1998); a videogame inspired by artist Hiroko Nishikawa’s eccentric, decade-long dream journal. (By the way, Nishikawa has a lot of wacky dreams worth checking out, my favorite of which is when Niskikawa compares plugging data into a shrunken human’s butt to identifying the sex of a baby chick.)

Being alone on the alien planet is surprisingly spooky. Being transported to a void that imitates an unending LSD trip is even spookier. Having films like Solaris and Event Horizon in the back of one’s mind conjures up the terrifying possibilities of staying in a place like Inside The Void’s alien planet for too long. The eerie music helps, too.

Inside The Void was released July 28 by 3D Methods. It’s available for free on itch.io. Medina’s games and artwork are also available on the 3D Methods website.