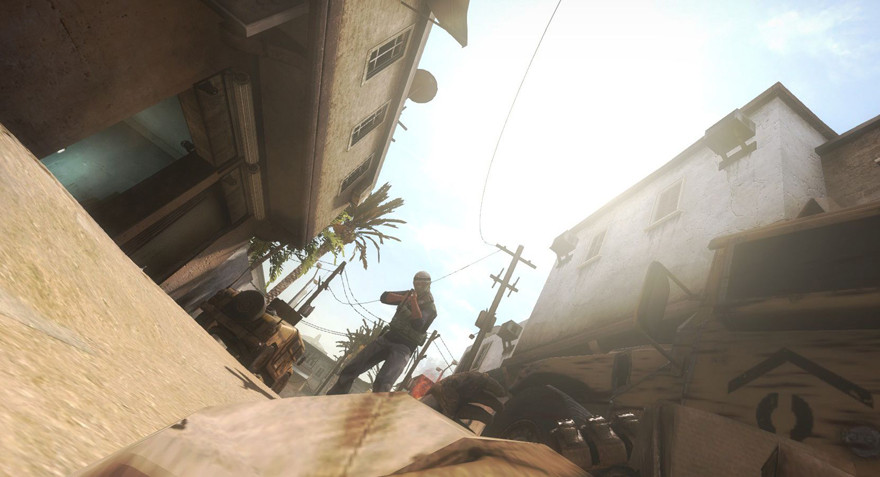 On an incendiary afternoon in an African neighborhood, my squad leader has a simple command for us: “Don’t fuck up.”

We’re on a mission to destroy Insurgent weapon caches and capture territories scattered through the Market. Like the other men, I sprint through empty buildings and down bullet-ridden alleyways, sirens fading in the distance. As my squadmates move ahead through the Market, I take a flight of stairs, finding an empty room with metal bars on windows, where I can watch the action unravel. Gunshots echo through nearby buildings, and bodies begin littering the main drag.

I raise my sniper rifle and aim through the metal bars.

Insurgency is a multiplayer first-person shooter that aims for realistic warfare in a modern world, encouraging objective-based teamwork across seven maps. You won’t find experience points and killcams. You won’t respawn a million times in one round. In many matches, you might be limited to one life and one soldier class—from a leader to a demolitions expert. It doesn’t allow, for instance, a 16-person squad to comprise many snipers. Once a class is taken, you look for another and deal with your assignment.

With limited options, Insurgency challenges me to be more cautious and cooperative, lest I sit out most of a round. Depending on the map, I might be the soldier who rests atop a hill, spotting enemies and killing, say, two in a round, while specialists hit the frontlines. Racking up kills just isn’t that important, at least to me.

What’s more important is the communication with my squadmates. Shit-talking and jokes aside, good communication can win matches, and it can make the game more realistic. For one reason or another, I haven’t found a lot of it.

As I scan the Market, I hear nothing from my leader or squadmates, other than their gunfire and frags.

“They took BRAVO,” someone radios.

Then, I spot an enemy, cloth draped over his head and face. He ducks behind a vehicle.

I move to another window in case he made contact. Gunshots are closer than before, shattering glass somewhere below. For a moment, I train my rifle on the enemy I spotted. I take a deep breath to focus my gaze.

But as I go to pull, I take a hit in the skull, and the sunlight fades.

“Nice job, the warm bun,” one squadmate says. (My Steam handle is thewarmgun.)

Insurgency has features in place that should make squad-based communication easy. It has chat functions, pre-set commands, and a microphone-based voice system, which acts a squad radio. But in the last seven days, I have rarely encountered a squad that takes advantage of those features for coordinating assaults and defensive maneuvers. Most squads have been quiet and/or had a penchant for cracking jokes. While the latter can be a respite in the heat of battle, it can take away from the game’s competitive and realistic nature, especially when you have one life and no health indicator.

Put it this way: Do you want giggling over their own naughty jokes, or alerting you to an incoming flash grenade? Or saying nothing at all?

I’m suddenly back to life, with rifle in hand.

“What objective should I cover with a sniper rifle?” I ask. I know my mic’s working.

I hear a lot of expletives. I ask again, “What area should I move to?”

At the window again, I take a shot, but I miss. A shot ricochets off the window, missing me by inches.

A minute later, the Insurgents take victory. One opponent, who can radio in between matches, assesses our performance. 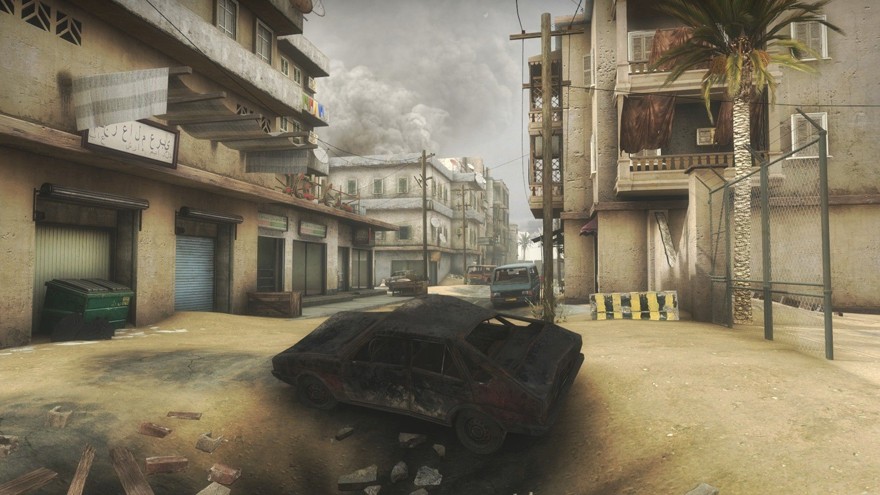 There are a few features of Insurgency that influence how squads communicate. For one, nearby enemies can hear an opposing squad’s commands and its radio, thanks to the game’s positional audio feature. It’s interesting because it can add tension in close combat, where it might be best to type out commands––or simply keep your mouth shut.

Other features include the game modes. A suite of modes called “Tactical Operations” require that teams complete missions by capturing territories, destroying caches, killing a “VIP,” or—and this is important—simply eliminating opposing squads, all of whom have one life unless an objective is completed. In those game modes, I have found too many squads that just want to kill, quietly. And I can understand why. The rounds end faster if you kill every opponent, and, if you have excellent reaction time and aim, killing is quite easy.

On the other hand, the game modes under “Sustained Combat” aren’t so much about who can kill the fastest, but about who can strategize best. There is where I’ve found good communication—in other words, alpha soldiers who aren’t afraid to bark out commands over radio. For example, “Push,” a mode carried over from Insurgency: Modern Infantry Combat, requires teams to control territories as their opponents arrive in “waves,” or respawned squadmates, in timed intervals; time is gained for each territory captured. Sure, you can win by eliminating all enemy waves over time, but, in my experience, teams find this strategy less important. Strategies of infiltration and sustained defense seem most effective. Those are accomplished through––you guessed it––communication. 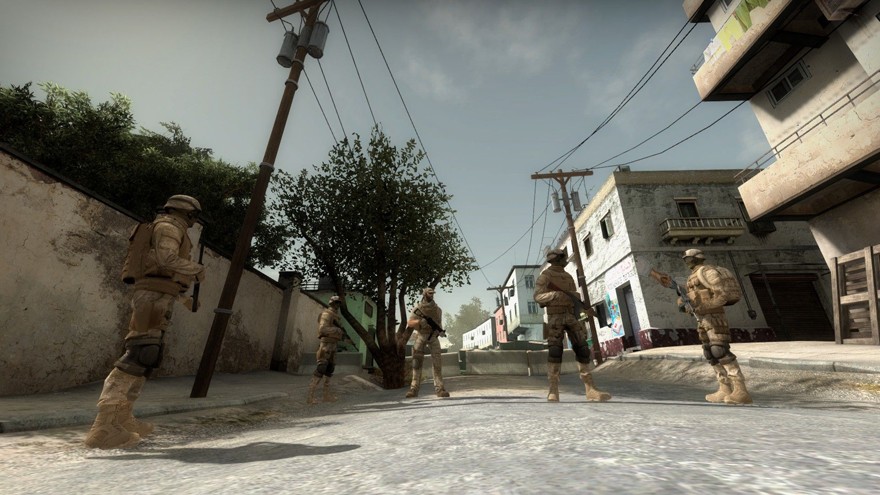 “For those new to this game,” my squad leader says, “remember to tap C anytime you spot an enemy. That’ll put a red marker on him.

“Attacking ALPHA,” he continues. “Let’s go, guys. We have about three minutes.”

My squad leader and some specialists move up a staircase of a crumbling building, which I can see from another window. I fix my scope on an Insurgent and pop him in the skull. Then another. I check my kill count. Five so far. The red markers have helped.

I sprint across an alleyway to the adjacent building, bullets flying just behind.

“We need to hold A,” my leader says, “if we want more time and reinforcements.”

I peek around a corner, staring down the barrel of my pistol. A teammate screams as bullets pierce his body. There are two of us left. But enemies haven’t stormed the room.

“Enemies are in Alpha,” another says.

Then, a frag explodes in the room.

“That was a good match!” someone shouts on their microphone.

“Any of you guys in the service?” someone else asks. And then the chatter really starts.