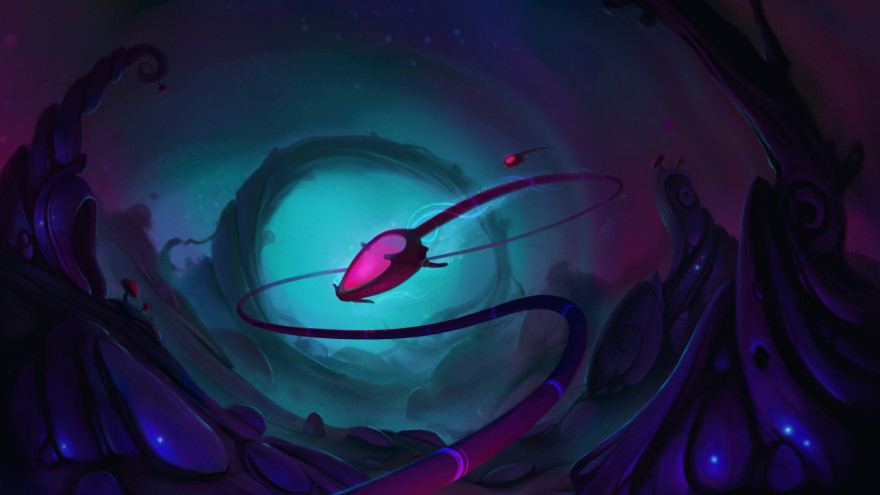 In the 1951 novel The Master of Go, Yasunari Kawabata describes the stop-and-start of a year-long game of Go, where two players struggle for dominance of the board. Kawabata and other news writers watch the game intently and spend nights discussing their own ignorance of the level of strategy on display, their predictions for the next round, and the nature of games. Ultimately, the novel proposes that the victory of the younger player—whose style is newer and grounded in pragmatism rather than the art of the game—represents the change sweeping over post-war Japan.

Go is a deeply abstract war game—players place black and white stones on a 19 by 19 point board. If a stone or group of stones is surrounded on four sides by the other player’s stones, they are removed. Fundamentally, though, it’s not a game about taking stones, it’s a game about controlling the playing space: the winner is the player who is able to block off the larger number of points.

the way to win isn’t necessarily to kill your opponent

Most strategy games, from Starcraft to Risk to Dota 2, are similar: the way to win isn’t necessarily to kill your opponent, it’s to control their territory and to force them into a position they can’t climb back out of. Interloper, from Monogon games, is an abstract strategy game in this vein: you and another player vie for space on a tiny map, protecting your borders while constantly hunting for an opening in theirs. Unlike the year-long Go game in Kawabata’s novel, though, a round of Interloper plays out in about five minutes or so, and it’s legible even without years of study. Since the goal is to control about three-quarters of the map, it’s not hard to tell by looking who’s winning at any given moment, and what her advantages are.

Early in the tutorial, Interloper gives you some terminology: spread out across the map are Power Sources, which, when connected by stretches of your color, power Assemblers (which make Drones) and Foundries (which combine Drones into three different specialist units). None of these buildings get constructed, just claimed with your primary unit, the Sentinel. Grabbing additional Power Units speeds up the rate at which your Assemblers and Foundries make units.

For the most part, the matches I played with the AI were fast and fierce; I got the hang of seeking out holes in its defense relatively quickly, but I can’t help feeling that I don’t really have an understanding of good countermoves or subterfuge. These things come out of a community of players—for Kawabata this was newswriters, or the Go students he meets; for videogames, it’s commentated high-level games, or forums full of eager theorycrafters. When Size Five Games released the multiplayer-only Gun Monkeys in 2013, it wasn’t long before they started discounting the game heavily and giving out extra game keys to players who queued for matchmaking and found no one else online. The community just wasn’t large enough at launch for the game to survive.

There aren’t a lot of people playing Interloper right now. I’ve played a handful of games against human opponents, but mostly I’ve played against the computer. According to

steamcharts.com, the player peak so far has been 34, but I’ve only ever seen one other player queuing, and most of the time I log on, there aren’t any at all. Since release, though, Monogon are running a stream three times a week where the devs play against anyone who’s waiting for a game.

I hope there will be a community that latches onto Interloper

On top of that, as simple as the game seems, the more I play, the more I find weird elements of strategy—for one, if both players have the same number of Power Units and Assemblers, and they are face to face in the middle of the map, the optimal play is to not move. The first player to move away would sacrifice territory, so there’s a stalemate. Another oddity: in a situation I believed to be a stalemate, it turned out I had a disadvantage: I had two Power Units and an Assembler, and my opponent had two Assemblers and a Power Unit. Turns out the second Power Unit doesn’t quite boost your production rate to double. None of these things ruin the game—loads of multiplayer games get patched and balanced after release—but a more robust community could be finding these things out, strategizing around them, helping the developers to understand the limits of Interloper’s strategy.

I hope there will be a community that latches onto

Interloper. I hope there will be guides, and maneuvers with funny names, and a competitive scene, and theory and technique. Games like this live and die by their players, and the communities that spring up around them. Interloper’s AI is fine, but it’s not playing with someone else. As Kawabata says of Go, “That play of black upon white, white upon black, has the intent and takes the form of creative art. It has in it a flow of the spirit and a harmony of music. Everything is lost when suddenly a false note is struck, or one party in a duet suddenly launches forth on an eccentric flight of his own. A masterpiece of a game can be ruined by insensitivity to the feelings of an adversary.”