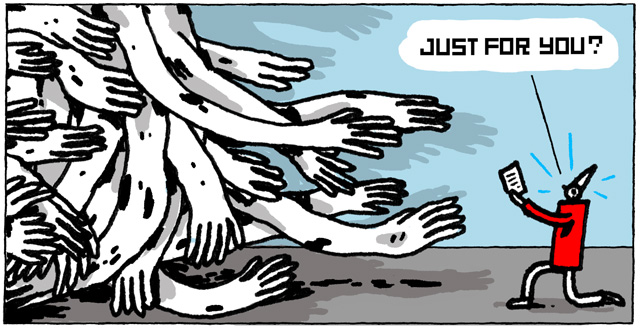 This is part four of a four-part series. Read part one, part two, and part three.

At first we had the ratings face. He was the neon dude and he had five expressions ranging from colossal bummer to good vibes to holy christ this rules, and though he cared about graphics and sound and gameplay, he cared more than anything about having a good time. He even had a phrase for it, FUN FACTOR, and if the neon dude could forgive an ugly little game if it played like a million bucks, well, so could you. Of course, the dude, being neon, burned out; and he took FUN FACTOR with him when he stopped appearing in my mailbox every month. Fun factor meant nothing without him. I had put my trust in that damn ratings face. I bought the games he shined his smile on and ignored the ones he didn’t. There was basically no reason to read GamePro after that.

Now we have Metacritic. He is the neon dude’s accomplished, highly logical younger brother; he cares about more than just games, and you don’t have to stop paying attention to him when you turn 12. In fact, you ought to be paying attention to Metacritic if you want to convince your highly opinionated friends to spend their money on any kind of culture that he rates, because he argues with numbers and not feelings and so is convincing, though insufferable. And you should be paying attention to Metacritic, too, if you make games, because it looks like the sum total of everyone’s opinion about your game can actually determine the success of your game.

I started thinking about Metacritic a lot during my months as an intern at GamesRadar. Reviews for the site had to include a pithy, 50-ish-word takeaway that followed the full review text, written under the heading, “Just for you, Metacritic!” Most of my job entailed slotting new articles into the website’s content management system, so I read all of these summaries. This rubric reflected GamesRadar’s tone—tongue-in-cheek, knowing, wacky—but it also indicated a real acceptance of the way game reviews are now consumed: in stacked blurbs that, added up, might equal the length of one review.

When I was handed my first game to review, an amusement-park simulator called Thrillville: Off the Rails, an editor told me that if my final score diverged from the Metacritic mean by more than a given amount (I cannot remember if it was 20 or 30), I would have to justify myself to the executive editor. I was surprised, though I shouldn’t have been; a story had been circulating about a PR representative haranguing another website’s editor over a review, not because of any substantive critique, but because the score sunk the game’s Metacritic average below an acceptable threshold.

Now, I had no particular problem with the editorial censorship of stupid opinions; that’s sort of why we have editors. Still, this policy had it backwards: An editorial staff ought to catch and refine overly punitive or overly forgiving reviews before the site published them, not after they realized that their piece ran against the trend. Wasn’t that the point of an editorial sensibility? Also, even if we assume the validity of the rationale behind this policy, mean—as any ninth-grader knows—is not always a good measure of a set of numbers.

An editorial staff ought to catch and refine overly punitive or overly forgiving reviews before the site published them, not after they realized that their piece ran against the trend. Wasn’t that the point of an editorial sensibility?

Off the Rails muddled RollerCoaster Tycoon-style theme-park management with sandbox gameplay. In practice, this means you spend the game running around a garish amusement park, stopping at pre-selected areas to build rides, concessions, carnival games, and so on. It was a terrible concept; management games have always used a macro view for a reason. I gave it a six.

The second and last game I reviewed at GamesRadar was Naruto: Path of the Ninja, a role-playing adaptation of the first 80 episodes of the anime series of the same name. It was a terrible concept for the same reason that novelizing movies is a terrible concept; why not just watch the thing? I gave it a six.

I wasn’t nervous to defend lower scores for either game, exactly; rather, I felt a stinging depression at the prospect. I’ll admit it. I just did not want to see myself as a person who argued over whether a 20 was a fair score for a minor videogame based on the formative years in the life of a comical ninja, especially if that argument was being had because my editor did not want to have another dispiriting argument with a flack about how that 20 was pulling the Metacritic average down to a 49. Pride is a sin, I know, but it’s my favorite one. I left GamesRadar soon after.

Off the Rails averaged a 70 on Metacritic; Path of the Ninja averaged a 57. I never had to justify my scores to anyone. And yet there are two people to whom I feel I must now justify myself. First, to the person who purchased either game based on my reviews: I am sorry. I don’t think you exist, but I am sorry. You should be a little sorry, too. Second, to the neon dude. You would not have smiled on either of these games; your hair would have remained un-electrified; you would have watched them shrivel on the altar of fun. Wherever you are now, whatever you are doing, I promise you this: Whenever I play a videogame, for the rest of my life, I will live by the fun factor.

This is the fourth of a four-part series of Joseph Bernstein’s experiences as a videogame website intern. He left GamesRadar to later become an intern at Harper’s. He now is a writer and fact-checker for Popular Science. Read part one, part two, and part three.