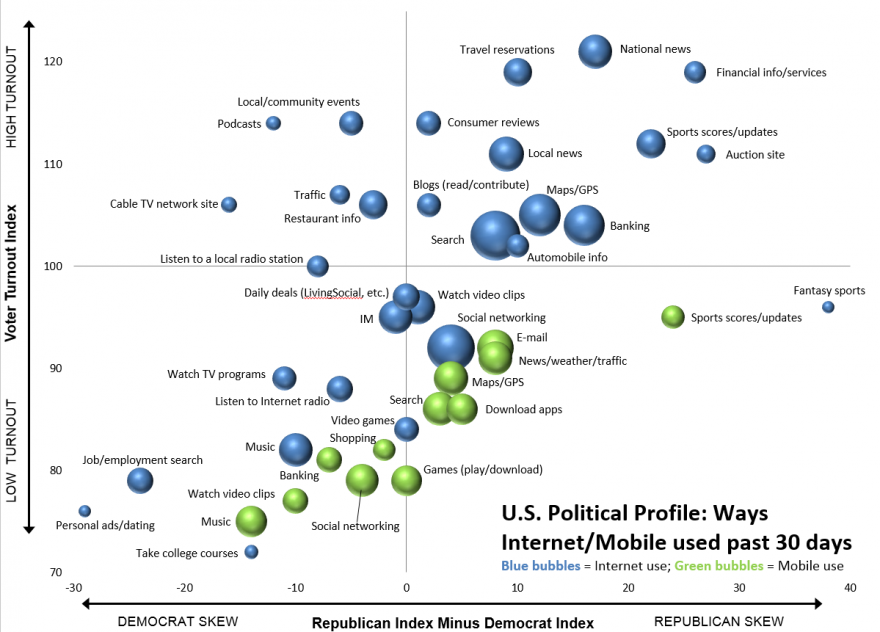 Finally, something liberals and conservatives can agree on! As you can see in this chart released by the Washington Post, Republicans and Democrats spend equal amounts of time playing videogames while online. This makes me kind of proud of the medium, as the only other Internet activity donkeys and elephants go halfsies on is finding deals on sites like Groupon. Well, except for the part where videogame players and daily deal seekers have low turnout at the polls.

Aside from that, the findings tend to support the usual stereotypes, with the size of the bubbles representing the number of people who reported doing said Internet activity recently. Turns out, liberals are more into social networking, listening to music, and seeking employment; while fantasy sports is the most diehard conservative activity you can do. Also heavily in Republican territory is anything affiliated with sports, financials, and watching the national news.

But back to games. I can’t help but think that all the nation needs is some Congressional Red versus Blue team deathmatch sessions and we’d be just fine.