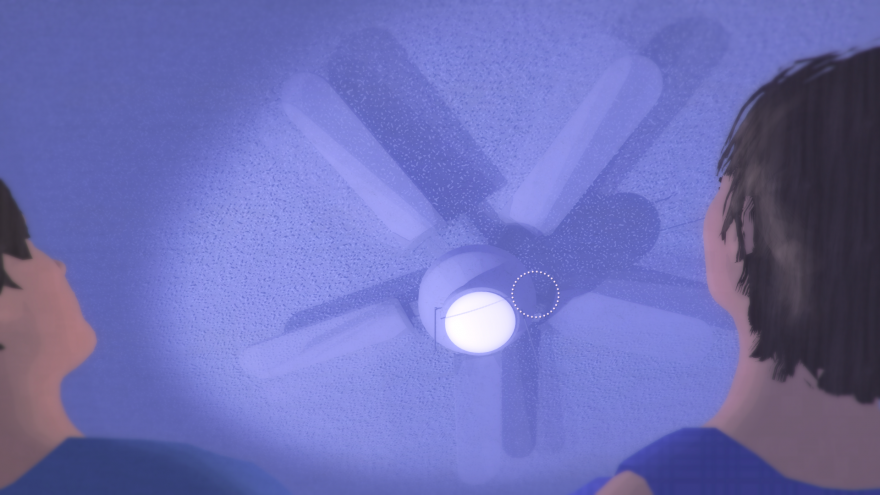 Pausing during conversation can be terrifying. The ask is that you listen to your partner in speech, taking in everything they have to say, and then let you both wallow in a considered silence for a few seconds before your reply. It’s said that the person you’re speaking to will hardly notice that you’ve forced this gap into the conversation. It’s also said that the benefits of this pause is giving the conversation some weight; that you consider it a dialogue and are not simply waiting for your next turn to speak. But those few seconds can be unbearable, especially with a stranger—a lot of my conversations tend to be panicked, rushed responses delivered as if any silence begets instant murder.

Into is all about this pause. It’s the next game by Animal Phase, who seems drawn to the poetics of life, the quieter moments of contemplation. Morning Coffee stretched an intimate morning routine out to the scope of the universe while Lost Thing focused on a lonesome walk and the thoughts that formed in that moment. Into follows up on the line of thinking behind Lost Thing, of which creator Charle Elwonger said he was “constructing scenes where pauses between lines are natural, expected, part of the flow. So the writing and presentation offer frequent places for those pauses to feel natural.”

However, Lost Thing was a monologue, whereas Into is always a dialogue. There’s more weight to the pauses in Into due to this as your speaking partner is expecting a reply. However, each of the vignettes give framing for this pause to feel natural: either, you’re in an art class and speaking under the voice of a teacher; or you’re looking up at the woodchip paper on the ceiling, spotting shapes and patterns.

It is in within these scenes that you must search with your computer mouse for a way to move the conversation on, looking to the surroundings as if for inspiration. “Most of the interactions are designed around responding to subtle mouse gestures or elements in the background to explore that ‘dead space’ between spoken lines,” Elwonger says, “the times when characters are pausing or thinking about what to say.” This pursuit ends up tipping into the surreal, as you search a piece of paper on an easel for watery windows containing one of the character’s faces, or wait for a thought bubble to swell to the right size so that it displays a magnified view of the dots and bumps on the ceiling.

In Into, the “dead space” that Elwonger refers to, that silence, isn’t empty ellipsis, it is instead filled with the images we flick through in our mind as we piece together what to say. Searching for or waiting for these images to arrive provides pacing in the conversation, sometimes absurdly so, such as in the one moment you have to click on each single word in a sentence delivered in a dreamy tone by one of the characters. The significance here is that there’s an intimacy felt between the two people as they become more comfortable with each other. They start out delivering snappy small talk, then the next vignette sees them conversing in slower verse that has a syrupy texture to its delivery. Finally, the last vignette has no words at all, it being a drawn-out loving embrace in complete silence.

You can download Into on itch.io. There’s also a Deluxe Version available for $4.