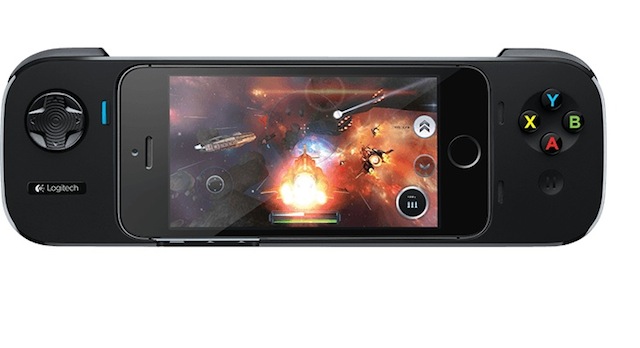 A new shell converts your iPhone into a more traditional gaming handheld, giving it all the buttons you’d ever need. This is by our count seven or eight too many.

Persuaded by a vocal minority who resist change, Apple recently added controller support to their phones. The PowerShell by LogiTech is part of the first wave of these peripherals. Another of these transmogrifying devices, the Moga, was unveiled a few days ago. While they probably won’t catch on because most people with phones, even those who avidly play games, aren’t likely to pay for one, these shells address the concern that playing on a touchscreen doesn’t have the precision of fingers touching plastic. Here’s the thing: It’s not supposed to.

One appeal of the touchscreen on a mobile platform is that it encourages developers to seek out new types of games. The most innovative games to come along on our phones have been the ones that use its unique features, like touch, tilt, and asynchronous play. Hundreds, Words with Friends, and Device 6 are just a few examples of games we love that would never have come to exist on a system with more buttons. It’s not that we are against gamepads, but each gaming platform is different in its own way.