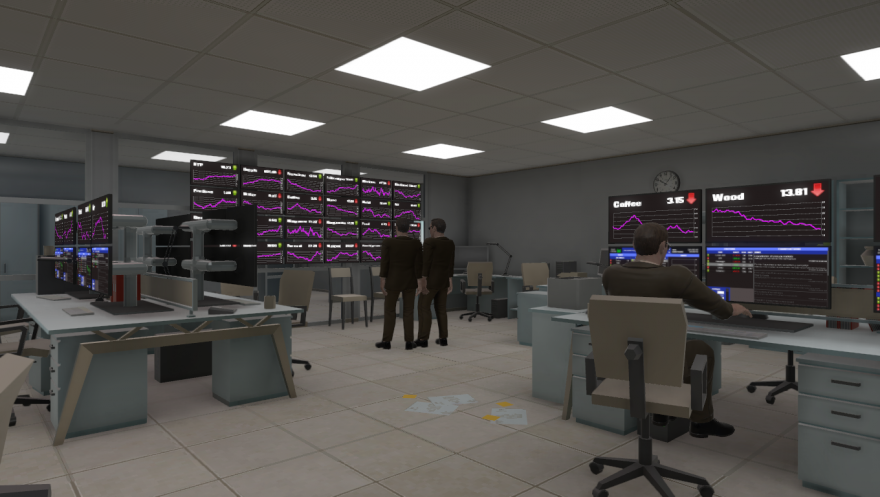 Working as a trader used to be a glamorous—if also morally dubious—job. Note the use of the past tense in that sentence: Wall Street (1987), with its yelling into phones and power-suits, power-lunches, and power-everything-else is a thing of the past. It’s not for nothing that the most exciting cultural portrayal of traders in recent years, Martin Scorsese’s The Wolf of Wall Street (2013), is set in the recent past.

What happened? In short: math and computers. The balance of power shifted from those executing trades to those who created the models on which those trades were based. In The Hidden Role of Chance in Life and the Markets (2001), Nassim Taleb writes about a time in the 90s, when “every plane from Moscow had at least its back row full of Russian mathematical physicists en route to Wall Streets.” Traders still have well-compensated jobs in this new world, but they are subservient to the quants. They are also the most expendable parts of the trading equation.

powerlessness and power sit uncomfortably alongside one another

This would therefore appear to be a very bad time to make an interesting game about traders, but that’s exactly what Kolkhoze Games is trying with The Invisible Hand. In the age of the “walking simulator,” menial tasks are rich fodder for games, but even this might be pushing it. An atmospheric game about the stock market, as suggested by this preview video focusing on sunsets through an office window, is a curious idea:

Still, the creators maintain that there will still be things to do in The Invisible Hand. Here, for instance, is the opening entry in the game’s development log:

THE INVISIBLE HAND is a game about traders, and their world. At first glance, it is only about numbers, but in the end, it is about much more.

In a world where computers can do most of the analytic work, you will live the life of a trader, and try to profit off the numbers spewed by the machine to get the best of what the world has to offer.

Whether you just follow the missions given by your supervisor or go rogue and put people to their knees for your own profit, it is up to you to make money for the well being of the company, and your own.

The Invisible Hand taps into a great irony, which is that the damages from rogue traders have increased even as the systemic power of traders has steadily decreased. In late 2006 and early 2007, Société Générale trader Jérome Kerviel managed to compile €49.9 billion in unauthorized trades. When the market went south a year later, he had amassed losses of €4.9 billion—far more than he would ever have been allowed to make. He’s been in and out of court ever since, including a rather comical attempt to get the severance he says he was owed. Actually.

In the world of The Invisible Hand—and, perhaps, our own—powerlessness and power sit uncomfortably alongside one another. The vestiges of power are still visible around the edges of the world, but only there. Otherwise, it is a dull existence. Maybe that’s where the temptation to go rogue comes from.

The Invisible Hand is not pitched as a social experiment per se, but it’s easy to think of it in those terms. Like Papers, Please (2013), it asks what you would do in a situation that is both oppressive and, in a certain frame of mine, also empowering. What these games seem to get at, above all else, is that the transition from a prestigious job to a menial one is awkward. Border guards have this tension between power and tedium, but it is even stronger with traders. How do you go from Wall Street to the part of the equation most likely to be automated? Wouldn’t you want to grasp for that gilded world one last time? Maybe you could. Maybe.

You can keep up with the development of The Invisible Hand on Twitter, Facebook, and the TIGSource forums.