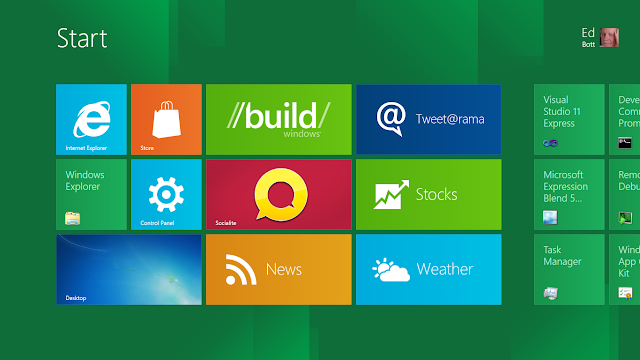 The future financial prospects for personal computing haven’t looked so hot in recent months, but the recent launch of Windows 8 raises another concern entirely: forget about assessing the PC from a business perspective, does it even work from a design perspective anymore? Reactions to the new Windows operating system doubt the longevity of the standard “Windows” mentality for computing:

It’s not quite right to say that Windows 8 kills windows, because as Microsoft takes pains to point out, most Windows 8 machines will still be able to run every Windows program ever written. (The exception will be a new breed of Windows tablets that use mobile-friendly ARM processors-those will be able to run all Metro apps, but very few traditional programs.) Still, it’s clear that Microsoft believes Metro is the future of Windows. You get the sense that the company is keeping the Desktop interface around in the same way that it included a command prompt in Windows 95-as a way to keep the old guard placated until they adjusted to the new way of doing things.

Along with (I suspect) many other PC users out there, I’ve been stubborn about transitioning to other consoles because PC gaming has always felt the most natural to me. But with the revolutionary design paradigms with which Apple has now burst the tech world asunder, even these forms of gaming are starting to feel antiquated and arcane (see the app-heavy redesign of Windows above).

Design for gaming consoles, Ryan Kuo suggested last week in his exploration of the Playstation Vita, should recognize that “playing videogames is an intrinsically complicated act.” But, you know, not too complicated. Seems like the PC itself is falling into the latter trap, and Windows 8 is its escape plan.