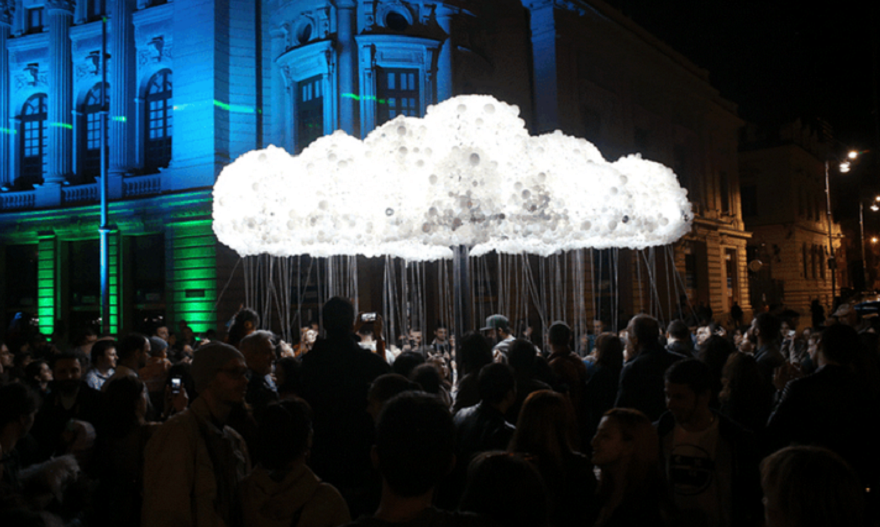 Mister Rogers’ Neighborhood was the first time I saw something resembling a digital frame. The technological magic of his “Picture Picture” device looked like an ordinary painting in a garishly gilt frame until Mister Rogers wanted to show viewers a video. “Hello,” it would sometimes greet him, before then launching into a story about the industrialized creation of crayons or some other every day object. When the video was over Mister Rogers would bid the frame goodbye and the screen would morph back into a generic landscape painting.

Decades later and digital picture frames belong to the lackluster luxury end of the consumer electronic market—the kind of thing you might get from your an older Aunt who doesn’t know you too well when forced into contact around the holidays. Bill Gates believed in them. At some point, his home actually included framed displays that would circulate images depending on the nearest viewers. Guests wore pins which transmitted their aesthetic tastes allowing his home galleries to conform to their preferences.

But in many ways these digital displays were the equivalent of using the invention of celluloid photographic film to record static shots in the early days of cinema. The magic and beauty of film was in how it could be manipulated through movement and editing. The magic of a digital picture frame isn’t in the fact that it can switch between late French impressionism and early Chinese ink wash painting, but in the new kinds of art it makes possible through the possibilities of its display.

Most digital art isn’t framed and doesn’t have a physically curated home. It exists on personal hard drives or in the cloud on someone else’s servers, strewn across Tumblr pages and Twitter feeds, often popping up with little context surrounding its creation or meaning. One group is trying to change that by creating Europe’s first Museum of Digital Art.

The Digital Arts Association, the group behind the initiative, took to Kickstarter to fund the costs associated with developing a space for the MuDA. To be housed on the ground floor of Switzerland’s first high-rise building, the Herdern Hochhaus, the museum plans to host various panel discussions and computing workshops in addition to three exhibitions throughout the year. The initial round of funding from the Kickstarter campaign is said to go mainly toward construction aimed at bring the space up to code and making it hospitable. Because the overhead costs associated with curating and maintain digital art are low, the ongoing costs of maintaining the MuDA are expected to be covered through patron donations and government subsidies.

As for the exhibitions themselves, the Digital Arts Association claims, “Each exhibition is dedicated to one solo artist or artist collective.” Furthermore, “The artists are selected entirely on the basis of their work. Each chosen artist is given as much freedom as possible to curate their own exhibition, while the MuDA team functions as a facilitator.”

The DAA also outlines three principles that will guide them in organizing the museum, including an emphasis on art predicated on code, the belief that “technology is at its very best when it is invisible,” and an adherence to the maxim of “less but better.” Ultimately, they aim for the MuDA to be “a space fostering experiments and discussions.”