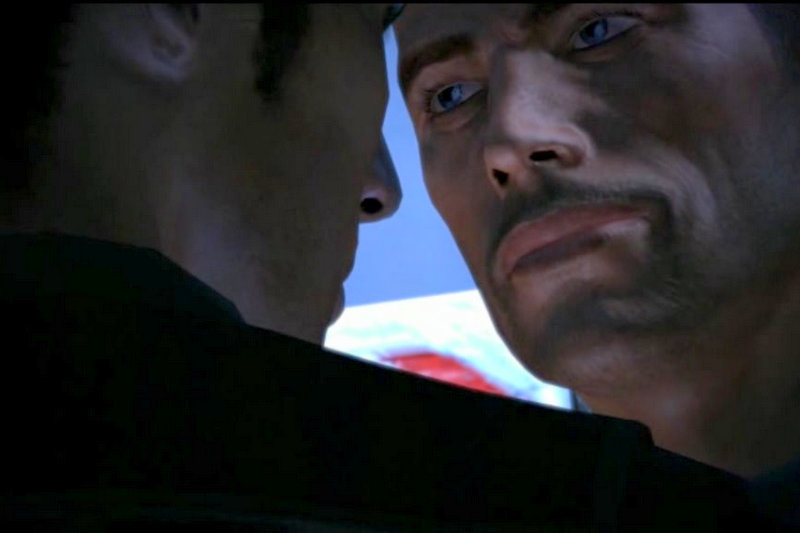 Are video games on the verge of their Will and Grace moment?

The storied sitcom, as Vice President Joe Biden said last year, “probably did more to educate the American public” on LGBT issues “than almost anything anybody’s ever done so far.” Hate the show or love it, Biden had a point. It’s hard to imagine shows like “The New Normal” or even “RuPaul’s Drag Race” creeping into America’s popular consciousness without this kind of predecessor that offered mainstream media its first positive portrayal of openly gay characters.

The show came up periodically at an event this week put on by the videogame publishing giant Electronic Arts in partnership with the Ford Foundation and the Human Rights Campaign (HRC). But did the game developers in attendance actually see something like a video game version of Will and Grace as a real possibility? Not necessarily.

“If you set out to make a gay video game,” Matt Bromberg, General Manager at BioWare Austin, said during a panel discussion, “that would be the worst video game ever.”

Bromberg’s frank candor was jarring to hear after several hours of generalized statements about the need to create a more accepting culture than the one that currently exists in the game industry among developers and gamers alike. But the risk of providing LGBT representation is also an issue that Bromberg understands all too well. Ever since BioWare released the original Mass Effect in 2007, conservative commentators and activists have lambasted the studio for its depictions of human (and, occasionally, robot and alien) sexuality.

“If you set out to make a gay video game that would be the worst video game ever.”

BioWare officially “added support for homosexual relationships,” as one Fox News writer put it, to Star Wars: The Old Republic in January this year. The response was pretty much what anyone could have expected. So rather than continue to respond to every individual controversy when it invariably surfaced, EA decided to meet the issue head-on with the “Full Spectrum” conference this week in New York City. And in doing so, as EA’s senior director of government affairs Craig Hagen said, it “demonstrated EA’s unique ability to piss everyone off.”

While many of the speakers and other industry figures in attendance admitted that the EA Full Spectrum event was hastily put together, the timing of the conference made sense—both for EA as a company and the industry as a whole. Hagen told me in conversation after the panels had ended that, recent controversies and harsh words from vocal activists aside, the U.S. is gradually turning towards acceptance of gay rights. Nine states now recognize gay marriage, and President Barack Obama came out in support of it before he was even reelected to a second term in office. As Bromberg put it, “the gaming market looks almost like America.”

If it makes good business sense at this point to diversify the actual content offered in video games, why did EA even have to put on a rushed event like Full Spectrum? Well, the speakers admitted, it’s just not that simple. The “gamer” demographic may look “almost like America.” But the video game industry is no more synonymous with America than any one industry is. Change still needs to come from somewhere. Moreover, a key question that was continuously raised by never decidedly answered was where that change would come from—the game developers themselves, or the gamers that support them.

Gordan Bellamy, director of business development and industry relations at Tencent Games, highlighted role-playing and simulation games as the most inclusive genres that exist today. “Any game where you’re able to create yourself” helps facilitate the fantasy of becoming another person or, in the cases where representation of a particular gender or sexual orientation is not included, make that identification possible in the first place.

“Being gay is part of who you are,” Bellamy said. “Games are becoming about the fantasy of creating a fully-realized character rather than just jumping over this rock or swinging this sword.”

But being able to create a new kind of LGBT-friendly avatar doesn’t mean that a community of gamers will accept that new character. Sean Bugg, co-publisher of the LGBT-oriented magazine Metro Weekly, admitted at the beginning of a panel he was moderating that he all but retired from online gaming in the nineties because of the virulent epithets with which he was taunted.

“I don’t like being called faggot,” Bugg said. An earlier speaker, Dan Hewitt of the Entertainment Software Association, raised the possibility that gamers could simply “change the channel,” at least temporarily, if they were being mistreated in one game. But that was an imperfect solution for Caryl Shaw, a game producer at social game developer Kixeye entertainment, who responded that she didn’t want the moderators young daughter “to have to change the channel.”

This back-and-forth got to the heart of the issue that game developers face today: the challenge of pressuring communities of gamers to overcome their own biases without alienating them in the process. As more games adopt freemium business models to support their content through in-game purchases, after all, support from those same groups of core gamers becomes all the more important to keep a game afloat. Tencent’s subsidiary Riot Games can tell its customers to “play nice” in League of Legends as much as it wants. But at the end of the day, it’s the so-called “whales” that play the game as fiercely as possible (and spend the most money on its virtual goods) who determine the candor of the game’s community.

The game developers in attendance spoke about the different kinds of mechanisms they have in place to help police online communities. But at the end of the day, they all seemed to agree that “self-policing” was more important than anything they can do. But another question the developers remained confused by was how to best represent LGBT characters in the narratives they create. As Square Enix recently showed in the new Tomb Raider reboot, the most empathetic depiction of a female character may not be the most “badass” one.

Hagen told me that EA is committed to giving the “most accurate” portrayal of LGBT characters when I raised this question to him. But asking players to experience the oppression that actual LGBT people face every day is a difficult standard for any entertainment company to dedicate itself to.

“It’s hard,” Bromberg said when I put the same question to him. “You have to be very careful.”