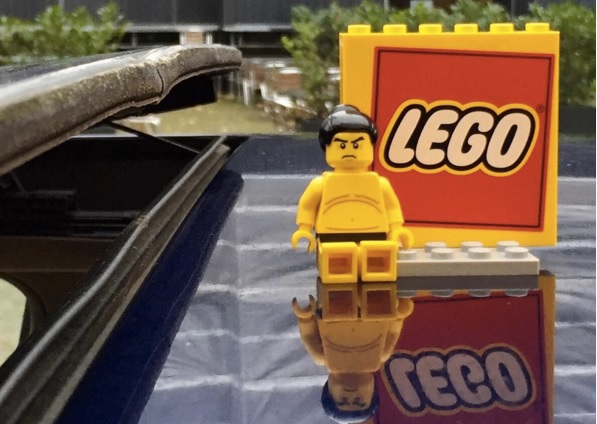 Corporations are not your friends.

Case in point: Lego recently refused to ship a bulk order to artist Ai Weiwei citing a longstanding policy of not directly providing pieces to those who seek to make political statements. Ai took to Instagram to declare: “Lego’s refusal to sell its product to the artist is an act of censorship and discrimination.” The more charitable interpretation of Lego’s actions, most eloquently voiced by Jay Ong, is that Lego wasn’t meaningfully restricting Ai’s freedom to make art since there are plenty of other places to buy in bulk. No matter how you look at the situation, however, it is clear that Lego at least desired some distance from a political piece of art.

“We’re here to inspire and develop the builders of tomorrow” (twitter.com/LEGO_Group) In June 2015 Ai Weiwei Studio began to design artworks which would have required a large quantity of Lego bricks to produce. The works were planned for the exhibition “Andy Warhol / Ai Weiwei” at the National Gallery of Victoria in Melbourne, Australia, to open in December 2015. The artworks’ concept relates to freedom of speech. The museum’s curatorial team contacted Lego to place a bulk order and received Lego’s reply via email on 12 September 2015: “We regret to inform you that it is against our corporate policy to indicate our approval of any unaffiliated activities outside the LEGO licensing program. However, we realize that artists may have an interest in using LEGO elements, or casts hereof, as an integrated part of their piece of art. In this connection, the LEGO Group would like to draw your attention to the following: The LEGO trademark cannot be used commercially in any way to promote, or name, the art work. The title of the artwork cannot incorporate the LEGO trademark. We cannot accept that the motive(s) are taken directly from our sales material/copyrighted photo material. The motive(s) cannot contain any political, religious, racist, obscene or defaming statements. It must be clear to the public that the LEGO Group has not sponsored or endorsed the art work/project. Therefore I am very sorry to let you know that we are not in a position to support the exhibition Andy Warhol | Ai Weiwei by supplying the bulk order.” Ai Weiwei Studio was informed by NGV about Lego’s rejection of the bulk order. As a commercial entity, Lego produces and sells toys, movies and amusement parks attracting children across the globe. As a powerful corporation, Lego is an influential cultural and political actor in the globalized economy with questionable values. Lego’s refusal to sell its product to the artist is an act of censorship and discrimination.

In a narrow sense, fair enough. Lego is a company and can do basically whatever it wants, including not fulfilling bulk orders to Ai Weiwei. That, as noted corporate ethics scholar Britney Spears tells us, is their prerogative.

poor choices in things to care about.

Exercising that prerogative, however, has consequences. Lego’s commitment to creativity comes with an implicit asterisk. In a sense, it always has, but periodic reminders are helpful in this regard. Lego is a tool for creativity, but some creative expressions are preferred with a certain distance from corporate headquarters. So Mike Doyle’s Lego tableau about the costs of the Iraq War can be made out of the little plastic bricks, but the suits would sure-as-hell rather have nothing to do with this.

Recently in prerogative: Apple pulled Metadata+, an app that tracked American drone strikes, from its App Store. We’ve been here before. During this spring’s justified uproar over the continued presence of the confederate flag in front of South Carolina’s statehouse, the company removed a number of games featuring the treasonous symbol from its store, even though many of them actually (#actually) used the flag in a historical sense. We ultimately live at the App Store’s mercy.

Where does that leave us? Well, right where we started. Corporations are not our friends. They make things we like, but their support for our preferred use cases is not a given. The tragedy here is not that corporations have their own interests so much as their poor choices in things to care about. Tech companies could care about so many things, but harassment so rarely makes the list. Lego could be concerned about so many things, but here they are fretting about Ai Weiwei.

Oh well, it’s not like they were ever our friends anyhow.