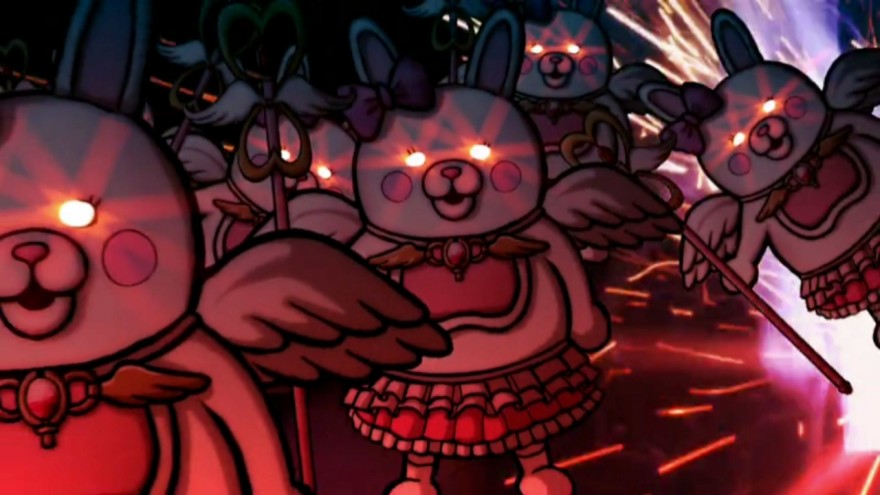 Let it be known that I lettered in high school drama. Some of my dearest memories stem from front-stage pontification in Rosencrantz and Guildenstern Are Dead and building an elaborate two-story revolving set/death-trap for Noises Off, which felt both thrilling and downright transgressive at the time (for high school theater). In that vein, one of our final productions was a murder mystery in a new local restaurant.

We were seniors, barely paying attention to even our favorite classes and teachers. This isn’t the best way to run dinner theater, as you can surmise, and perhaps inevitably the entire charade nearly crashed when my best friend continuously missed his cue for a few lifelong minutes because he was watching a soccer match in the kitchen with the busboys. Our teacher allowed him to live, but not without deep emotional scars.

Isn’t that the thrill of theater though? The high-wire act, the tension of improv navigated well and the rubbernecking of a failed spectacle. Murder mysteries, especially, thrive on this, where the patrons pony up to get in on the action, mingling with throat-slashers and candlestick thugs, investing in a show by playing along. Dangonronpa 2: Goodbye Despair, like its predecessor and many a “visual novel” before it, rides on a similar wavelength.

This PS Vita game is not too far from the first one, so if you weren’t sold with that entry don’t expect much to change your mind here. The player’s role is Hajime, one of 16 students at a high school for “Ultimates” where, perhaps unsurprisingly, everything is not what it seems. Memories are lost, two-faced robot bears gleefully torment, murder is committed. This is the stem of the narrative, and if the spectacle doesn’t grab you then you are not the key demographic.

Because, let’s be honest here: Danganronpa 2’s “game” elements are Bible-page thin. It’s not a dealbreaker, since, as in dinner theater, you are mostly tasked with sitting back, enjoying the ride, and chiming in on occasion. Perusing the island where the class has been banished is a chore, though I compulsively did it to keep my in-game “digital friend” happy and growing. The clues I focused on didn’t always match up with where the game lead me, which can be frustrating to move past. The narrative is immersive but, make no mistake, it’s not a role-playing game: Hajime does the cross-examinations and you frantically tap the rear touch panel to shoot down distracting anti-rhetoric, straw man arguments, etc. The “truth” is your literal weapon in bullet and blade form, to be used to concur or differ with another student’s testimony at the right time, but the aiming reticle is obstinate by intention.

Time limits, influence/confidence meters, vague riddles, and Fruit Ninja-style touch screen rebuttals distract from rather than serve the elaborate mystery being presented. They feel poorly implemented and finicky, many times leaving me unsure as to what I actually did to earn failure or success. Then again, isn’t that how an argument often goes? Control of one’s own thoughts can be fleeting as the tension ramps up, words flying around unheeded, ideas on the edge of clarity but seemingly impossible to convey, a manufactured chaos that resists cutting through. Many arguments have left me feeling as flustered as the cloudy instructions for navigating Danganronpa 2’s Class Trials, so there is some success in that sense. And there’s no shame in turning the difficulty down.

Those are the seams though—the curtains on the sides of the stage, the assistants and tech crew all in black to minimize disruption but impossible to fully disguise. Knowing these things and seeing them do not destroy a performance. No one goes to a Medieval Times strictly for the food, and neither did I expect Danganronpa 2 to be an honest test of my reflexes and split-second decision-making skills. No, we’re here for the show, and in that area Danganronpa 2, like its cult-status predecessor, delivers.

It’s not so much “high art” as a blender full of Battle Royale, Law and Order, Hunger Games, Snatchers, Phoenix Wright, and Persona—a pageant to be seen and lightly interfaced with. High schoolers with a variety of distinct backgrounds and personalities drenched in neon and sun flares to the beat of catchy and loop-able songs and surprising plot twists. Typical anime insanity and melodrama sets the stage. Your Vita’s X button or touch screen will be worked out hard for all the dialogue, and you’ll gnash your teeth for more free time to get to know every character more intimately: “I wish I had known [redacted] better before he died; better start a new game.”

Getting to know these characters is the motivation, then. Sixteen students defined by their “ultimate talents” yearn to break from one-note backgrounds from the get go, which is the real catnip of this game. When given “Free Time,” you are commanded to build relationships with individual students, as the better you know them, the more they grow and expand from the prescribed shell, like all worthwhile characters in fiction. You own capital in the bottom line of this story, so if your favorite classmate is murdered or revealed to be a murderer, that loss or betrayal hits so much harder. And when it comes down to the Class Trials, as the Truth Bullets are fired and analyzed and the tables are flipped on someone you thought you knew, Danganronpa 2 has you hooked.

So order a drink and pay attention. A good murder mystery or visual novel demands this, because you will literally be quizzed about it later. Some things may go wrong and the cracks will be obvious, but the stylish, interactive show goes on.