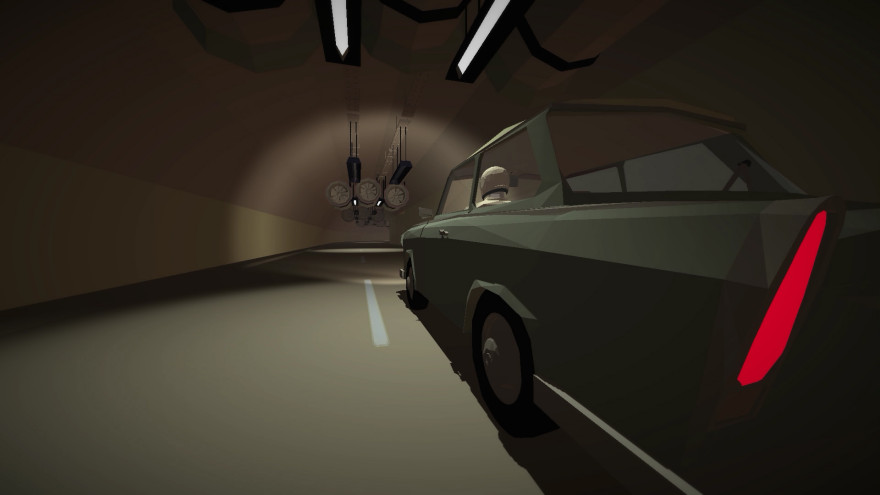 If the “racing game” is about the ticking clock, the turn rate, the time it takes to get from 0 to 60, maybe the “driving game” is about the little things—losing track of time on a long trip, deciding to stop at the next hotel, turning on your windshield wipers instead of your turn signal. Greg Pryjmachuk used to work with the folks who make more traditional racing games like DiRT (2007) and GRID (2008) and the F1 games, but now he’s making Jalopy (previously called Hac), which doesn’t look particularly “traditional” at all.

The physicality of maintaining the car

Set in Eastern Europe as the USSR disbands in the late 80s and early 90s, Jalopy will have you driving a Laika 601 Deluxe. The procedurally-generated countryside won’t be the real Yugoslavia or Czechoslovakia, and the 601 is not a real car, but it does share a name with another famous German product: the Leica camera. And it looks very similar to the East German Trabant—one of many cheap consumer cars that popped up in Europe after World War II’s developments in automobile manufacture. The Trabant, while popular among nostalgic hobbyists, is especially famous for being smoky and inefficient. In Jalopy, you’ll have to buy gas, order and manually install replacement parts, keep track of the tread on your tires, etc.

Pryjmachuk aims to capture this specific moment in time with a specific and relevant method of transportation—as for why this timeframe appeals, on his blog, he says:

“From what I remember of my grandfather, he used to tell us stories about where he was from. At the time he was convinced he came from Poland, but we eventually found out it was a part of what is today western Ukraine. Never the less where ever he was from was shrouded in doubt, he had of course been away from home for a long time. … I was about 8 years old when we all travelled to the Ukraine with him. He was probably close to 70, or bang on it at that point. I remember a lot of travel, travel in buses that broke down, travel in a taxi that was now someone’s car, travel in an old Ural with accompanying side-cart – that me and my brother would fight over, across terrain so green everything we ate tasted of grass.”

The physicality of maintaining the car will mold how the driver interacts with the machine, and with the changing countryside, and with the economy that supports the shops and gas stations along the way—as capitalism is ushered in and the Eastern Bloc falls apart, there’s some catching up to do in the transition. Not everything works just right yet.

You can vote for Jalopy over on Steam Greenlight.