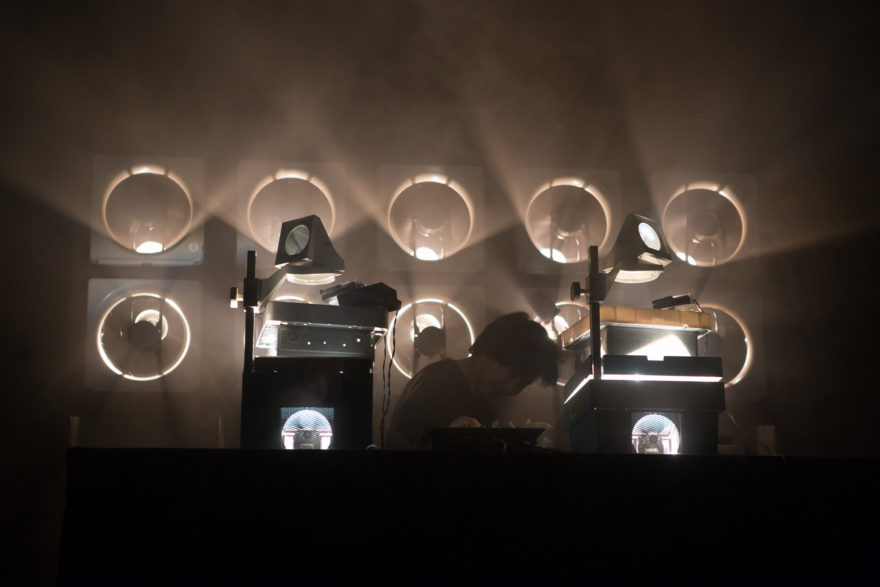 A lot of newer music has been deemed inane and ridiculous for sounding like broken technology. Dubstep’s sound, for example, has been compared to the sound of hitting a metal pole with a chainsaw, the sound of robots dying, the sound of a root canal. According to Wendy’s: “Dubstep sounds like a broken Frosty machine.”

However, artist Ei Wada embraces the sounds of the old and broken with music that repurposes obsolete fans, TVs, and radios by turning them into instruments. Wada’s work with such technology tends to combine unique sounds with striking visuals. In 2014, he did an installation featuring helium balloons attached to six magnetic tapes with different voice pitches recorded on each as part of his membership in the Open Reel Ensemble, a group that performs with vintage open reel tape recorders. Wada has said before that some of his work with tape recorders is more like an art installation than a musical performance.

effectively turning the TVs into percussion

Wada’s use of TVs as audio-visual instruments came to him by accident, unlike his participation in the Open Reel Ensemble. After plugging a sound cable into a composite video connector port and seeing the sound on the screen as an image, Wada began pairing tube televisions with PC-controlled video decks at different pitches, effectively turning the TVs into percussion. Wada has taken this project, called Braun Tube Jazz Band, to a number of different cities and venues.


The unique sound, combined with Wada’s clear passion and joy when performing, make it easy to see why he’s been successful, having won the Excellence Award in the Arts Division of the 13th Media Arts Festival of the Agency for Cultural Affairs in Japan. Originally from Japan, Wada has brought his music to people all over the world, visiting places like Australia, Spain, Germany, and Switzerland.

Learn more about Ei Wada and his music here.