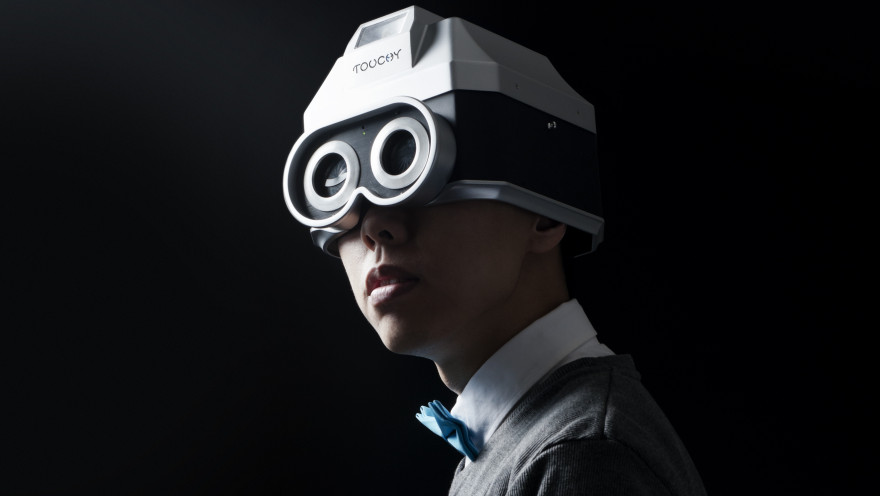 If you had a chance to check MoMA’s last design exhibition Talk to Me, you might have noticed several devices such as Sputniko!’s Menstruation Machine which mimics the pain of, well, menstruation. Or Kate Hartman’s Talk to Yourself Hat which transmits sounds from one’s mouth directly into one’s ears via a conspicuous, trunk-like tube. Technology can be gloriously strange.

The new “Device Art” exhibition that kicks off at the Ars Electronica Center in Linz, Austria, captures playfully creative design, but from their encounter with ancient Japanese traditions. The Device Art movement emerged ten years ago. Hiroo Iwata, a professor at Tsukuba University in Japan, and one of those who was present at the birth of Device Art, explains its origins:

Device Art evolved from a background of manufacturing traditions and a Japanese aesthetic. In traditional Japanese culture there are crafts in which technology and art meld in an indistinct combination, and it is possible to view Device Art as a new art form for the digital age. Unlike Western art, which is generally viewed in galleries and museums, in Japan artworks have been something to be enjoyed as a part of everyday life. A typical example of this is a tea ceremony room, which abounds with works of art—tea utensils, flower vases, etc.

Some of the pieces that are showing are utterly surreal such as Touchy (above), a wearable device that literally transforms a human being into a functioning camera, and Mr. Knocky  (below) which can play drums without the aid of electricity. There’s also Food Simulator (below) which generates force according to the captured force of real food. No doubt there are a wealth of videogame controllers that would fit in with the exhibition. Donkey Kong Bongos, I’m looking at you. 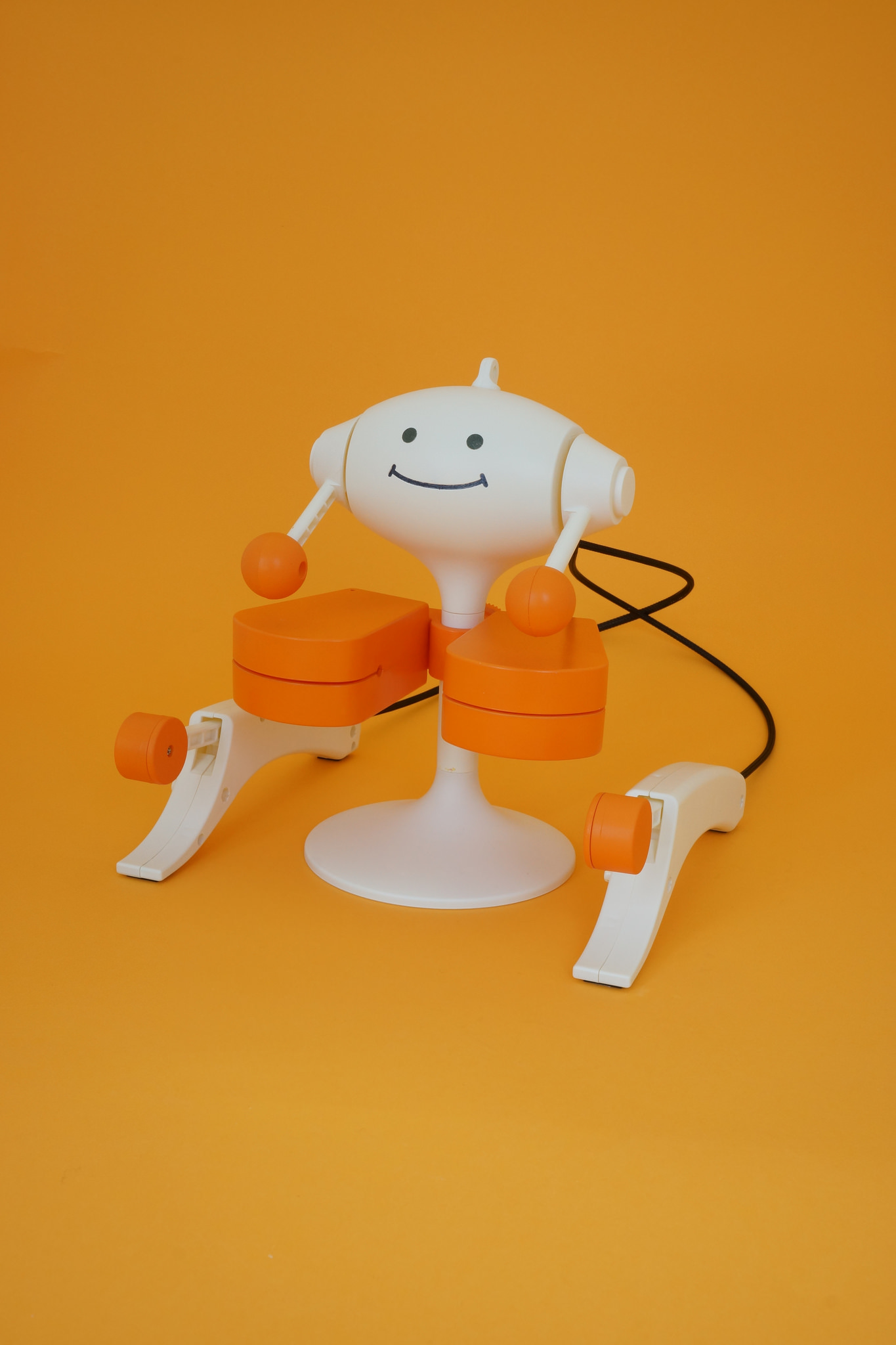 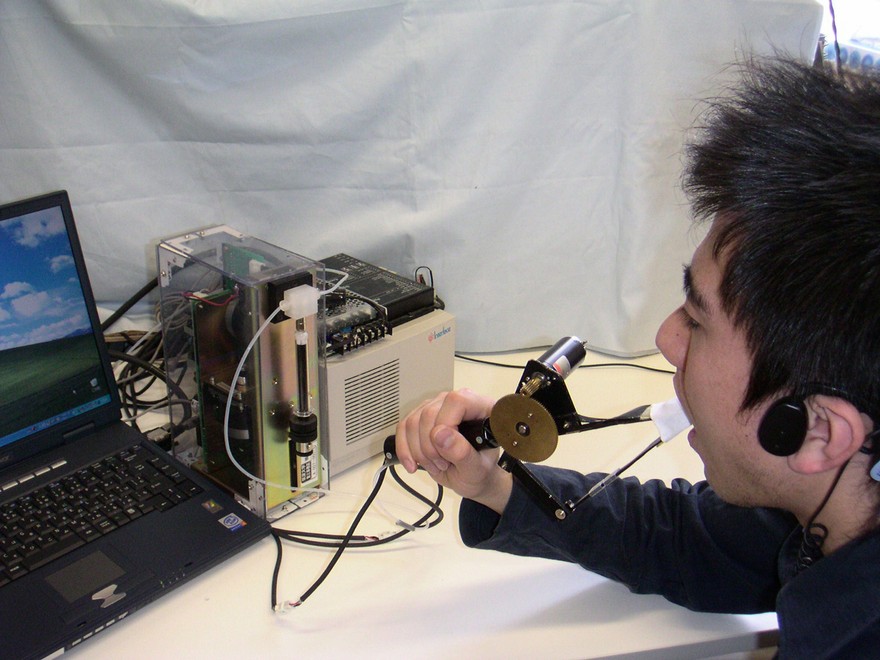