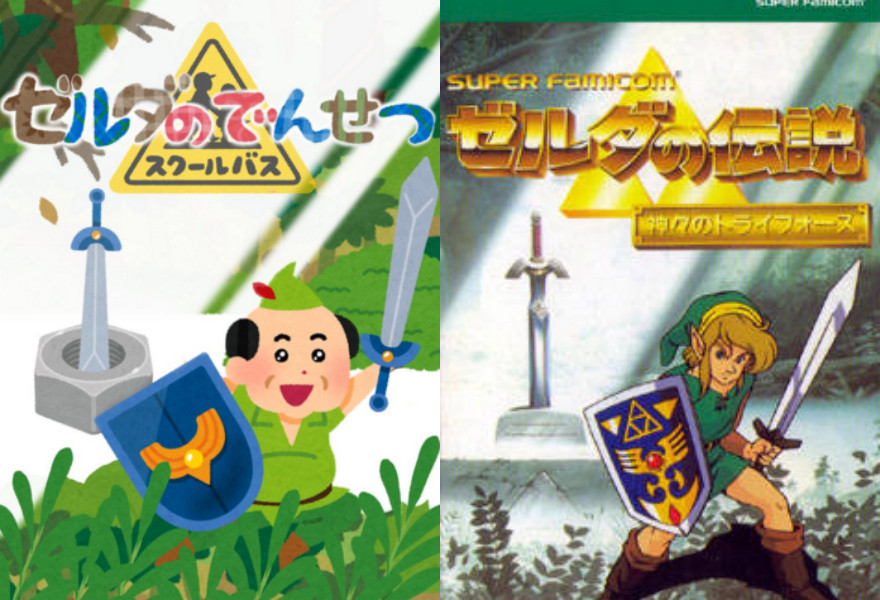 #いらすとやさんでゲームパッケージを再現する, or as Google Translate tells me, “#To reproduce the game package in Irasutoya’s,” is a hashtag currently making its way around Japanese Twitter. It’s dedicated to taking videogame covers and recreating them with royalty free clip-art, specifically from the Japanese illustration blog Irasutoya. With its soft pastel colors and cute, cartoonish proportions, Irasutoya’s art challenges the hashtag’s participants to take titles such as Dark Souls (2011) and look at them through the candy-colored lens of Hello Kitty.

While the idea of recreating images from games and movies using clip art isn’t entirely new—there’s already subreddits and Tumblrs dedicated to doing so—the more lighthearted and distinctly Japanese art found here puts a new angle on the idea. Take this parody of the seriousness often seen in covers from games like Call of Duty that works by making their protagonists look like small boys playing dress-up instead of stone-faced soldiers. Similarly, masculine power fantasies like Metal Gear Solid’s Big Boss and Just Cause’s Rico Rodriguez instead become a frowning man wearing a medical eyepatch and a small helmeted boy riding a parachute, respectively.

parodying the seriousness of covers from games

I think my favorite, however, might be the Irasutoya version of the Uncharted 3 (2011) cover, which changes Nathan Drake from a stoic man in a bandolier and a flowing scarf to a normal dude in a green polo, very understandably confused at why the plane on fire in the distance is smiling at him. Second prize would go to this version of Banjo-Kazooie starring an aardvark and, of course, an archeopteryx.

The soft pastels and super-deformed proportions found here have been seen before in titles like Slam City Oracles and even Nintendo’s Kirby series, but seeing them juxtaposed with larger, more dramatic games typically focused around war or armed conflict is a hoot. For how cool Nathan Drake is supposed to be, I think I may actually relate to bewildered green polo man just a bit more.