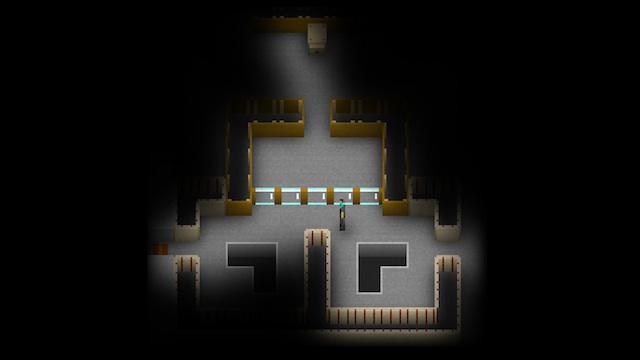 Jason Rohrer makes games about the most peculiar subjects: the West African diamond trade, recursive universes, dying and senescence. Now we can add crime and punishment to the list. The Castle Doctrine, Rohrer’s upcoming MMO about breaking into people’s houses, is truly one of the most seedy strategy games we’ve seen.

In a bottomless two-part interview with Jason Rohrer, always the loquacious conversationist, our chaps across the pond at Rock, Paper, Shotgun got to the bottom of this streetwise-sounding game. Basically, the way it works is that you protect your virtual family’s home with a security system from would-be vandals. Then, while you’re away, perhaps off looting the neighbors’ apartment, another player will attempt to break in and rob your things.

How did Rohrer come up with this scandalous concept? No, he wasn’t an inner city youth who grew up jacking car stereos. To the contrary, Rohrer’s exploits of thrifty living as a David Thoreau type are well-known, and his endless search for low rent housing has, from time to time, led him to the bad side of town.

Right, right, and that was the inspiration. When we were living in a somewhat rougher neighbourhood about a year and a half ago, if we’d go away on a trip every time we came back to the house it was always, like, being careful coming around the corner to see if any windows were broken, then going to the backdoor, looking around inside the house to make sure everything’s still there… Yep, it’s all still here!

Rohrer wanted to capture that unsettling sensation of coming home to find your bedroom ransacked. As he worked on the game, his concern became how he could make a player care about their virtual property in the same way they care about their things in reality. Judging from the way he talks, the game definitely had an effect on him.

The other thing is that, right towards the end of the development, I was asleep at night and having some sort of dream. I can’t remember the details, but it was about somebody coming into our house and threatening me and my family. I have a wife and I do have three children, and this game was inspired in part by my feelings living in this rougher neighbourhood. I actually went to a gunstore once and almost bought a gun. And I did carry around a police baton to hit vicious dogs that came up to us on our bikes and did carry pepper spray. I had to think about defending my family, right?

What is the indie designer’s stance on gun control? He doesn’t say. But he does seem to be against pepper spray.

We did carry it with us after that. I have sprayed dogs with pepper spray, and it doesn’t really do anything for them. They’re not as sensitive to it as us. And it always blows back in my face, like the wind is blowing when I go to spray it, so I’m trying to spray this dog then all of a sudden I’m laying on the ground, screaming and blind.

This is why I cherish Rohrer as a game designer. Not only does he base his games on real-life circumstances like burglary, instead of relying on the usual approach development takes: starting with a template for, say, a first-person shooter or role-playing game or strategy game. But he’s also always dropping valuable life lessons. Note to self: Do not spray ferocious dogs with pepper spray.