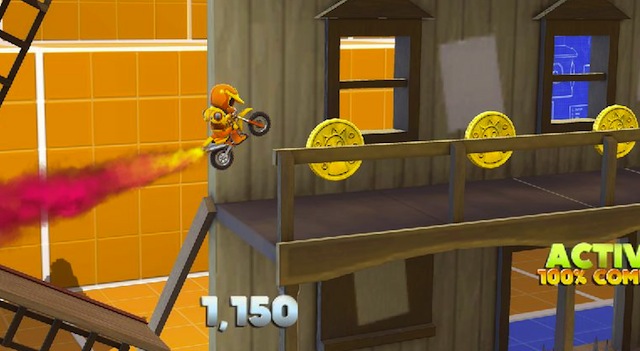 Yesterday a new Joe Danger was revealed to the world. Coming to your iPhone “real soon,” it has been confirmed, is Joe Danger Infinity, the latest entry about popping wheelies on a stunt bike.

Personally, I couldn’t be more excited, which is a little surprising, given that the guys at Hello have been birthing Joe Danger games like they’re an Amish family. Usually, I’ll bemoan sequel-itus by the third or fourth iteration, but for Joe, I’ll gladly make an exception. There’s something intangible about jumping bikes and careening from lane to lane that just doesn’t get old, no matter how many times you do it.

Nintendo is the other company that comes to mind who can churn out the same formula, seemingly forever, and it always turn out great. Case in point: we’re now on the eighth Mario Kart, count ’em, and I see no signs of fatigue. It seems Joe Danger possesses that same magic, so go ahead and insert obvious joke about playing it for infinity here: