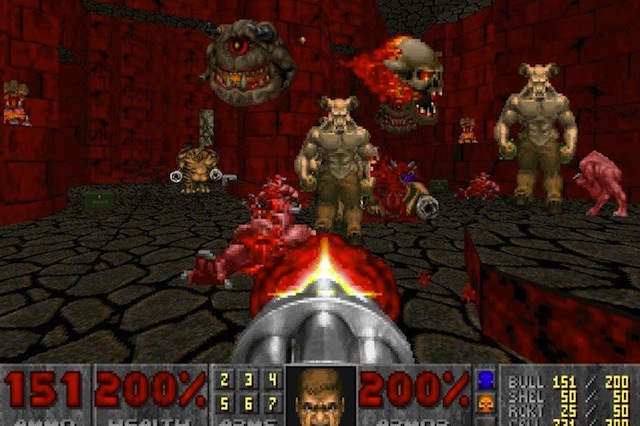 As the technical wizard behind games like Wolfenstein 3D, Doom, and Quake, John Carmack has been an instrumental figure in the advancement of the first-person shooter. Under his guiding light, the genre has progressed from labyrinths of crude, brick mazes to the elegant experiences we know today. But now Carmack is resigning to work full-time on the Oculus Rift.

No one but Carmack knows why he left id to pursue the promise of cyberspace. All we have to go on is this tweet:

But one has to imagine that tuning engines for first-person shooters has become a little tired, considering that over the span of 20 years the genre has largely been perfected. It could be that Carmack wants to bring his coding skills to a frontier that is in need of him. Namely, virtual reality. Attending Valve’s talk at GDC last year on the problems that arise in the virtual dimension, I found it enlightening that so many things could go wrong. Most importantly, you can get really, severely motion-sick. To correct that, according to one presenter, “one-thousand to two-thousand framerate will probably do the trick.”

The other possibility is virtual reality could be to Carmack as baseball was to Michael Jordan, something he’s always wanted to do and will do because he’s the man. But either way, he will have his work cut out for him.