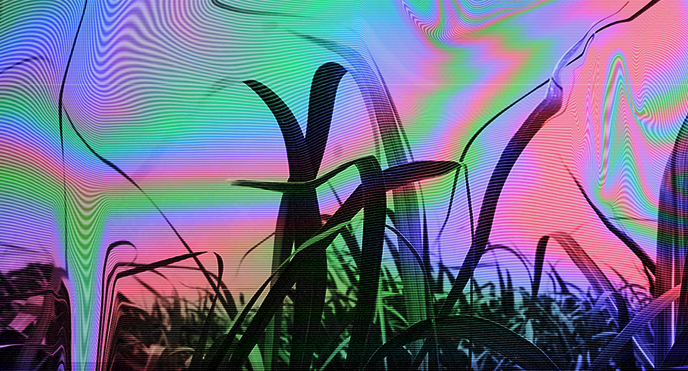 In the music he writes for the Mountain Goats, John Darnielle tells intensely specific stories. One song describes a breakfast of boiled peanuts the morning a parther leaves for good. Another, from the band’s most recent album, Beat the Champ (2015), mournfully describes a wrestling match in which the loser has his head shaved with a “cheap electric razor from the Thrifty down the street.”

Darnielle’s first novel, Wolf in White Van (2014), is layered thick with references that situate it not just in a particular time or place, but inside a particular cultural niche, full of Conan the Barbarian comics and b-movie sci-fi. The main character Sean is drawn precisely with his internal monologue and with the media he submerges himself in. The story is fragmented, split between the past, the present, and excerpts from the impossibly exhaustive play-by-mail role-playing game Sean has designed.

Darnielle’s upcoming second novel is Universal Harvester, set in a video rental store in the last days of the age of video rental stores in rural Iowa. Six years after the death of his mother, teenage Jeremy works renting out movies. Eventually videotapes start coming back with short clips of hazy black-and-white footage recorded onto parts of them. These mass-produced tapes return manipulated ever so slightly by an unseen hand. Darnielle describes the novel as a “horror story that would also function as a cartography of grief.” Jeremy doesn’t necessarily want to be curious about the tapes, but it’s an absorbing mystery.

A horror story about videotapes is, of course, packed with its own references—not just to the movies mentioned in the story (the most popular tape spliced with hazy video is She’s All That (1999), the My Fair Lady (1965) adaptation starring Rachel Leigh Cook and Freddie Prinze Jr.), but also to other stories about the horrors hidden in images on tape. In Koji Suzuki’s 1991 novel Ring, a videotape serves as a vessel for a kind of digitized smallpox that passes from person to person as a representation of ghostly vengeance. The Poughkeepsie Tapes (2007) is a horror movie made up of a collection of videos shot by a serial killer. It’s graphic, and not the brooding exploration of grief Darnielle is looking to construct, but the heavy-breathing Jeremy hears on the tape and the slightly familiar empty barn he sees lead a reader to imagine the worst.

Or at least, something really weird, and nearby—adding an uncanny feeling of dread to the otherwise sunny Iowa plains. There’s some kind of hidden threat now, with the physical landscape and the tapes both contorted into new and unfamiliar realities. Where does this faulty reorganization of information—this glitch—come from? We’ll find out soon.

You can read the official announcement of Universal Harvester here. The book is available for pre-order now.