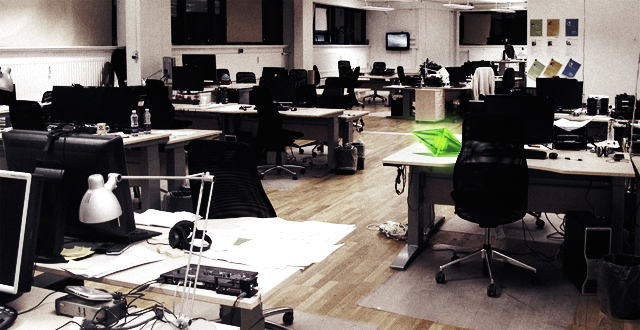 Some know Will Wright as a game designer extraordinaire, the creator of megahits such as SimCity, The Sims, and Spore, among others. But for two short weeks, I knew him as my boss.

It happened during the summer after my sophomore year of college, when I landed an internship at his Berkeley, Calif.-based think tank named—of all things—the Stupid Fun Club. When I showed up at the office, a seedy-looking warehouse next to the train tracks, a manager greeted me. Will was out of town, he said, but would be back shortly.

Before he could show me around the warehouse, I had to sign a non-disclosure agreement, which restricts me from divulging the details of the operation. But I will say this: The Stupid Fun Club was neither stupid nor fun. Instead, it felt like a government research facility, or maybe like the secret division of Wayne Enterprises. Either way, it operated on a need-to-know basis, and I did not need to know.

I came into work each morning expecting to see Will. He was not there the first day, or the second, or any other day afterwards. Before I had long to ponder his whereabouts, someone would whisk me away and assign me a task. For such a small team—just three full-time employees—it seemed to accomplish an incredible amount of work. Every corner of the warehouse was littered with things—disassembled electronics, motion sensors, half-finished prototypes, a makeshift recording booth. Near the entrance, a heavy tarp covered something that resembled the outline of a miniature Johnny 5. (Later, I learned one of the guys competed as a contestant on the television show BattleBots.) I helped wherever I could, soldering wires one day, testing software the next, and sweeping the floor at the end of each day. Even though Will was nowhere to be found, his presence lingered like an omniscient aura, as if he supervised us from a remote, undisclosed location.

Two weeks later, they let me go. I did not make the cut, apparently. As I graduated from college and found more stable employment, I always kept the Club in the back of my mind. Keeping up to date with the Club is challenging because it is so tight-lipped. And what little coverage it gets from the press is usually overshadowed by the release of one of Will’s new games or his relationship with EA. Nevertheless, word broke in October that it was creating a new show. Bar Karma, the tentative title, gives to the audience control over its characters and storyline. Whatever the viewers want, the producers must oblige.

Will’s grand scheme was always to do to television what he did to videogames: empower the user. Much like when he was designing the first SimCity, he realized that the seemingly mundane task of setting up a map was actually more fun than the original objective of flying around in a helicopter and bombing things. Bar Karma may not be the culmination of the Club’s years of research and development, but rather a major iteration in what will eventually be a new way for us to watch television. The show’s success is yet to be seen, but I would put my money on those guys, who are anything but stupid, to figure it out.

Shortly after I signed the non-disclosure agreement, the staff inducted me into the Club by giving me a small metallic pin with its logo, encircled by the words “Stupid Fun Club.” I still have it to this day, as a reminder that I once spent two hazy weeks working for the creator of one of the best-selling videogame franchises. And if I ever get another job working for him, say, at a television studio, I hope that this time we can finally meet.